Drake University is planning a celebration Sept. 25-28 in honor of the 150th anniversary of the Iowa Supreme Court landmark case Clark v. Board of Directors.

In 1868, the Iowa Supreme Court ruled that Susan Clark, a 12-year-old African-American girl, could not be denied admission to her neighborhood public school in Muscatine, Iowa, based on her race. The court was the first to declare “separate but equal” unconstitutional under the equality provisions of the Iowa Constitution. The decision was 86 years before the U.S. Supreme Court issued the same ruling in Brown v. Board of Education.

“Clark v. Board of Directors was one of the most importance court cases in our history,” said Russell Lovell, Drake professor emeritus of law. “The decision continues to be vital and relevant today—not only in its rejection of segregation and racial discrimination, but also as the leading precedent for the Iowa Supreme Court’s independent constitutional analysis.”

The celebration will also honor Justice Chester C. Cole, who authored the opinion in Clark v. Board of Directors and was a leader on the Iowa Supreme Court during many of its historic civil rights decisions.

Cole co-founded the Iowa Law School, which would later become Drake Law School. He also served as long-time dean and professor, and his emphasis on real-world practical training continues to guide the Law School today. Cole Hall, which is named in his honor, was the first building on Drake’s campus dedicated to the instruction of law.

“We are happy to recognize and celebrate Justice Cole,” said Jerry Anderson, dean of Drake Law School. “His powerful vision of inclusion and equality, as well as his dedication to higher education, is still impactful a century and a half later.”

Cole Hall will be rededicated with a ceremony and ice cream social.

The conference’s sessions will discuss the Clark v. Board of Directors decision in context of the historic civil rights decisions of the Iowa Supreme Court, the continuing relevance of Clark, the challenges and consequences of racial disproportionality in the criminal justice system, and quality education today. 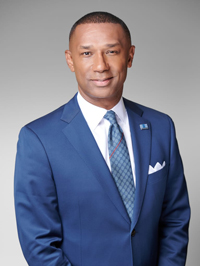 In recognition of Taylor’s influence, he was named one of Ebony Magazine‘s “Power 100” in 2011. Earlier this year, President Donald Trump named Taylor chair of the President’s Board of Advisors on HBCUs.

In addition to the keynote address, the banquet will feature the following:

To RSVP for the Clark 150 events, contact Terri Howard at theresa.howard@drake.edu.

For more information about this historic case, visit the Drake Law Library website, or read an op-ed written by Drake President Marty Martin, Drake Law Dean Jerry Anderson, and Professor Russell Lovell in the Des Moines Register on the significance of the Clark anniversary.