Rumors have surrounded the campus burial of President Morehouse, the house that the Fine Arts Center was built around, and the tunnels underneath campus for generations of Bulldogs. 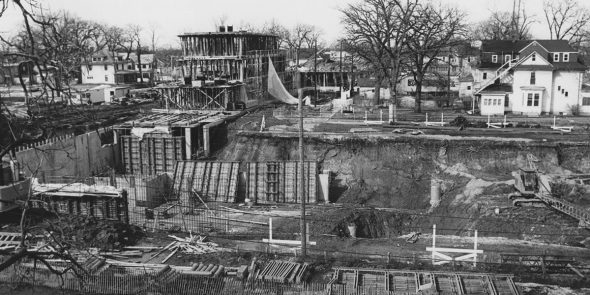 Was the Fine Arts Center built around a house?

Yes! The blocks of land surrounding the Fine Arts Center (FAC) were previously a residential area. Originally the houses closest in proximity to the University were owned by Drake, but were sold during the financial difficulties of the Great Depression. One of those houses, located at 1320 25th Street, was sold to the Lowe family and remained in that family for generations.

The University attempted to purchase back the Lowe family home several times leading up to the building of FAC, but were not successful. Drake was able to purchase the surrounding homes and modify the building’s blue prints around the Lowe property. This modification shrank the square footage of the new building by roughly 50 percent. Construction of FAC was completed in 1972, and it co-existed with the Lowe family home for almost 20 years. The Lowe family decided to sell the home to pay for medical expenses after the owner fell into ill health. The house was demolished in 1990, but the peculiar shape of the building is still noticed by Bulldogs to this day. View photos of the house during the construction of FAC. 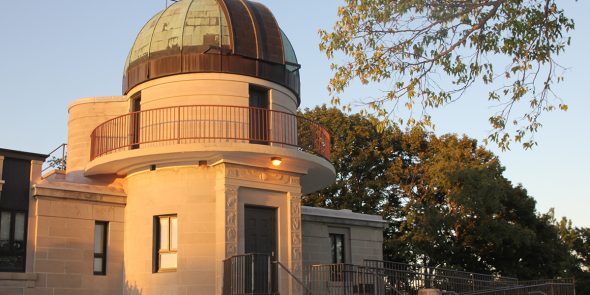 Yes! Daniel Morehouse, former Drake president, and his wife Myrtle both have their cremated remains within a wall of the Drake Municipal Observatory.

Morehouse became interested in astronomy during his time as an undergrad at Drake University. After receiving his PhD from the University of California, he returned to Drake in 1914 as an astronomy professor. During his time as University president (1922-1941), Morehouse was a champion for the astronomy department and was able to convince the City of Des Moines to build an observatory on Waveland Golf Course. This observatory is still in use today, and is jointly operated by the city and Drake University.

Learn more about the history of the observatory and events being held there this fall. 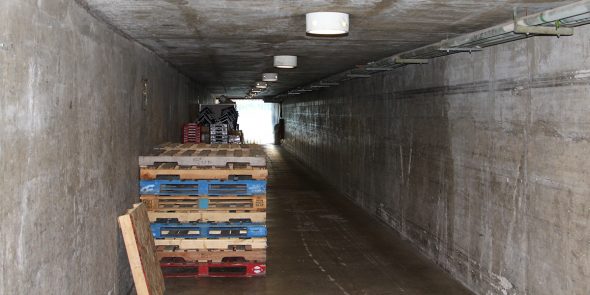 Are there tunnels underneath campus?

Yes! Rumors of passages under our feet as we walk through Drake’s campus have sparked interest in many Bulldogs throughout the decades. The rumor is, indeed, true. The majority of these tunnels are impassable and used for electrical lines or plumbing. However, one passageway is used by Drake employees on a regular basis. This tunnel, connected to an expansive boiler room, is used to meet various facilities’ needs such as storage and HVAC piping. It is also used to transport resources delivered via 30th Street to Hubbell Dining Hall or Olmsted Center. View more photos of the tunnel.