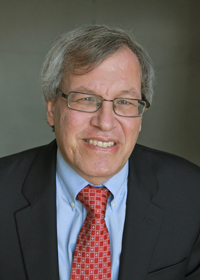 Can free speech coexist with an inclusive campus environment?

Erwin Chemerinsky, dean and Jesse H. Choper Distinguished Professor of Law at the University of California-Berkeley School of Law, will discuss this issue at the 2017 Constitution Day Lecture on Sept. 14, 3-4 p.m., in Cartwright Hall, Room 213.

Sponsored by the Drake Constitutional Law Center, the Constitution Day Lecture is held each year to commemorate the signing of the U.S. Constitution on Sept. 17, 1787. The event is free and open to the public.

The issue of free speech on college campuses has been a topic of national discussion in recent years. Colleges are under pressure to censor hateful and bullying expression and to protect students by ensuring an inclusive and nondiscriminatory learning environment. On the other hand, some claim these efforts coddle students and threaten their free speech rights.

In the lecture, Chemerinsky will discuss the importance of providing a supportive learning environment for a diverse student body, while respecting the free expression of ideas.

“What makes his appearance especially appropriate is that Dean Chemerinsky comes from a university that has made national news because of its internal disagreements over this topic, so this is not just an abstract issue to him,” said Mark Kende, the James Madison Chair in Constitutional Law and director of the Constitutional Law Center.

“The topic of free speech on campus has also been discussed in the Drake community,” Kende added. “It should be a good learning experience, and Dean Chemerinsky is a great speaker.”

Chemerinsky is the author of more than 200 law review articles and 10 books, including The Case Against the Supreme Court, published by Viking in 2014, and Closing the Courthouse Doors: How Your Constitutional Rights Became Unenforceable, published by Yale University Press in 2017.

In addition, he writes a weekly column for the Sacramento Bee, monthly columns for the ABA Journal and the Daily Journal, and op-eds in newspapers across the country. He frequently argues appellate cases, including in the United States Supreme Court.