Drake gets the Prairie Home touch with musical tribute 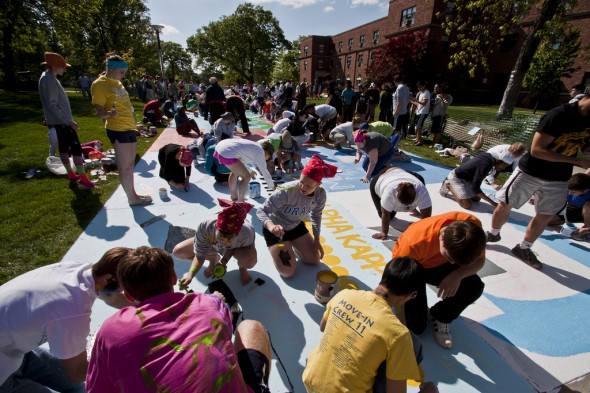 Keillor performed his unnamed tune during a broadcast of A Prairie Home Companion. The tribute, which can be heard in the embedded player below, sketches a multitude of fleeting moments that together portray an intimate portrait of Drake (and evoke some big laughs).

“It is so beautiful, so beautiful in Iowa in the month of May. Walking around Drake University on a Saturday, on Carpenter Avenue, also known as painted street,” Keillor sings. “With the emblems of student groups painted on the pavement beneath your feet.”

Keillor’s fondness for Drake University may have developed in October 2011, when he delivered the 25th installment of the Martin Bucksbaum Distinguished Lecture Series. Thousands of people piled into the Knapp Center to hear Keillor’s characteristically Minnesotan sense of humor and matter-of-fact style.