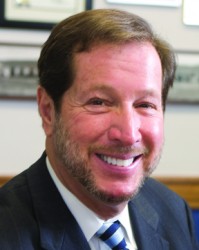 Don Fletcher, chair of the Drake University Board of Trustees, announced that President David Maxwell has agreed to a multi-year contract extension. The new contract, which takes effect at the conclusion of President Maxwell’s current contract on May 30, 2012, also includes the possibility of renewal.

Maxwell was named Drake University President in 1999, after serving as director of the National Foreign Language Center in Washington DC from 1993 to 1999. He was president of Whitman College from 1989 to 1993. From 1971 to 1989, he was at Tufts University as a professor of Russian language and literature, and dean of undergraduate studies from 1981-89.

“President Maxwell’s inspiring vision for Drake to be recognized nationally as a premier master’s institution is matched only by his hands-on approach to building our future,” Fletcher said. He also noted that President Maxwell brings the University a great deal of stature through his service on a number of boards, including the American Council on Education and the Association of American Colleges and Universities.

“In addition to the serious daily work of guiding the University, David has climbed Mt. Kilimanjaro with our football team and performed a guitar solo at commencement exercises. The Trustees look forward to not only continuing the strategic development of the University, but doing so with President Maxwell’s leadership.”

During President Maxwell’s tenure, Drake University has experienced seven consecutive years of budget surpluses. This fiscal responsibility has enabled the University to consistently provide its faculty and staff with annual salary increases as well as forge ahead on numerous campus projects. Additionally, President Maxwell’s leadership has led to the continued strengthening of the University’s academic profile. Highlights from the past twelve years include:

“There’s a feeling of momentum on campus,” Fletcher said. “The extension of President Maxwell’s contract as the distinctlyDrake campaign reaches $100 million — its financial midpoint — positions the University to become an even more exceptional learning environment.”

Zimbabwean politician to visit Drake to discuss struggle for democracy