Drake offers summer class on the deconstruction of celebrity 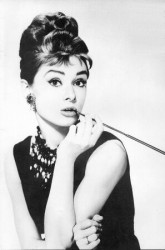 Drake University will be offering an English course this summer on “Stars: Decoding Celebrity Images.” The course, taught by Drake Assistant Professor of English Dina Smith, will examine the social phenomenon of celebrity life.

“If you like history and sociology, and you are willing to do some research (digging around in the library and watching a bunch of movies), then this class may be for you,” Smith said.

The course, which runs from July 10 to August 13, will study the public lives of three famous celebrities, including Cary Grant, Audrey Hepburn and Doris Day. Students will watch films, read biographies and investigate the public scrutiny surrounding celebrity life.

“In academic film studies, there has been a rich area of research on star image studies, beginning in the early 1980s with Richard Dyer’s seminal book ‘Stars’ and Robert Allen’s work on Joan Crawford,” Smith said.

“Since then, people have been churning out engaging star analyses, which examine a star’s image. This image can be defined as a combination of on-screen persona and off-screen persona, the latter of which is mediated through publicity and biographical materials.”

Smith, an expert in film study who joined the Drake faculty in 2004, focuses her interests and teachings on Cold War culture of the 1950s-80s. She previously taught women’s studies at the University of South Florida after earning a doctorate in film studies and 20th-century cultural theory from the University of Florida.

She has published essays in Cinema Journal, Mississippi Quarterly, Mosaic and Utopian Studies. Smith has also taught film courses and served as the associate director of writing at the University of Kentucky.

Madelyn Levitt Teacher and Mentor of the Year Nominees