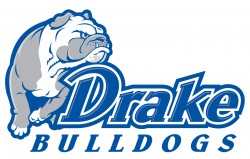 Men’s season tickets, which include a school-record 21 home games, range as low as $99 for general admission to $248 for reserved seats with a Bulldog Club donation.

Season tickets are $99 for reserved seats and $59 for general admission for the entire women’s  package which includes 16 games.

The Drake men’s basketball team returns All-MVC performers Josh Young and Jonathan Cox from last year’s squad which posted a 28-5 record en route to winning both the MVC regular season and tournament championships. The Bulldogs also advanced to the NCAA Tournament for the first time since 1971.

The Drake women’s basketball team has returned three starters from last year’s team which was 23-11, while advancing to the second round of the WNIT. The Bulldogs will be looking to earn back-to-back regular season MVC titles for the first time since the 1999-2000 and 2000-01 teams accomplished that feat.

For more information contact the Drake Athletic Ticket Office at 271-DOGS or go to the Web site.

He was clocked in 2 hours 17 minutes 38 seconds to earn an automatic berth on the United States team for the 2009 IAAF (International Association of Athletics Federations) World Championships in Berlin, Germany, next August. He also pocketed $30,000.

Gabrielson braved light showers that turned into a driving rain at eight miles while combining with light winds and 48 degree temperatures that quickly chilled the air in the middle miles of the race.

A native of Belmond, Iowa, Gabrielson earned his bachelor’s degree in elementary education.