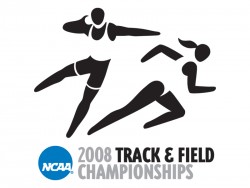 Approximately 1,100 top college athletes from across the country are converging at Drake Stadium June 11-14 to compete in the 2008 NCAA Outdoor Track and Field Championship.

It marks the first time Drake has hosted the NCAA Track and Field Championships since 1970 when track and field immortal Steve Prefontaine, competing as a freshman at Oregon, won the first of four straight individual 3-mile/5,000-meter titles. Championship results are available online.

“We’re thrilled to have this championship event back,” said Drake athletic director Sandy Hatfield Clubb. “Hosting a national championship during an Olympic year magnifies the unique opportunity that Iowans have in closely watching several athletes who will be competing in the Olympics with great opportunities to win medals.”

The four-day meet is expected to have an economic impact up to $20 million on the Greater Des Moines area. View photos of athletes and the event on the Drake Athletics Web site.

Hatfield Clubb said 1,176 athletes, representing approximately 200 schools, will compete in the meet. Saturday’s final session will be televised live on CBS between 3 p.m. and 5 p.m. Central time, while Friday’s activities will be televised on CSTV.

A detailed schedule of the championship is posted online .

“We encourage fans to purchase tickets now as opposed to waiting until the week of competition,” said Kostek.

Costs for all-session passes are $60, while single session tickets are $15 for the Wednesday and Thursday session and $25 for the Friday and Saturday sessions. Phone orders are accepted by calling 515-271-3791. Tickets also can be purchased on the Drake Athletics Web site.

Outstanding athletes to compete in competition

The top five athletes from regional competition in Tallahasse, Fla., Fayetteville, Ark., Lincoln, Neb. and Northridge, Calif., will advance to the NCAA Championships.

Four of the collegians expected to compete are current world leaders in their respective events.

In his last appearance at Drake Stadium, Jonas stole the show at the 99th annual Drake Relays by winning the men’s invitational high jump at 7-6.5, outclassing a field which included the seven of the top nine ranked performers in the United States including Jamie Nieto who was fourth at the 2004 Olympics.

Texas senior Leonel Manzano, who won the mile at the 2008 NCAA Indoor meet and the 1,500 at the 2005 NCAA outdoor meet, has run the fastest outdoor mile time in the world this year of 3:56.98 at the Texas Relays.

Texas A&M sophomore Porscha Lewis owns the world’s top outdoor time in the 200 at 22.36, while Arizona State senior Jacquelyn Johnson has recorded the best performance in the world in the heptathlon scoring 6,307 points.