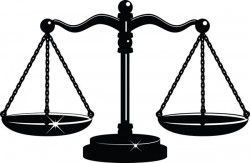 Drake University’s Undergraduate Mock Trial Team will host a public trial on Monday, Feb. 25, as part of Drake’s new Engaged Citizen Experience program. The event, which is free and open to the public, will be held from 7-10 p.m. in the Neal and Bea Smith Law Center, 2400 University Ave.

Members of the mock trial team will present elements of this year’s collegiate case, a sentencing trial in which the defendant, Bobbi Campbell, plead guilty to stabbing a social worker with an HIV-infected needle. Attendees at the trial will go through the jury selection process and will decide the case for the fictional defendant.

“This event will provide students with an opportunity to learn about jurors’ civic duty, criminals in the justice system and the difficulty in finding an appropriate sentence for offenders, ” said Co-Vice President of DMT Mike Nelson, a junior English major from Gowire, Iowa.

Other Engaged Citizen Experience events include:

•    March 27 – Writers and Critics Series, “Revenge as a Faith-Based Narrative: Or, What’s that Snake Doing Under Mel Gibson’s Kilt?” by Alan Nadel of the University of Kentucky, 7:30 p.m., Cowles Library Reading Room.

For more information, contact Charlene Skidmore at 515-271-2999 or charlene.skidmore@drake.edu.