Renowned historian and author to speak at Drake Tuesday 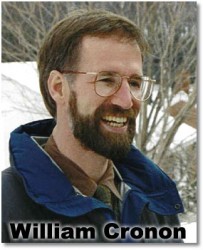 Drake University’s new Engaged Citizen Experience program will continue on Tuesday, Feb. 12, with two talks by professor William Cronon of the University of Wisconsin – Madison. Both events, which are free and open to the public, will be held in Bulldog Theatre in Olmsted Center, 2875 University Ave.

•    “Nature’s Metropolis: Chicago and the Great West,” at 12:30 p.m. Cronon will offer a vividly illustrated overview of his classic work of Midwestern history, exploring the ways in which the growth of Chicago in the second half of the 20th century was intimately tied to the changing environments of places like Iowa, Wisconsin, Minnesota and points further west.

•    “Only Connect: What Does It Mean to Be a Liberally Educated Person?” at 4 p.m. Cronon will reflect on the core values of a college education by trying to identify the qualities that a liberally educated person should strive to embody, including an open mind, a generous heart and an engaged life.

Cronon is the author of the prize-winning “Nature’s Metropolis: Chicago and the Great West and  Changes in the Land: Indians, Colonists, and the Ecology of New England.” He also is the editor of  “Uncommon Ground: Toward Reinventing Nature.”

His current projects include completing a book titled “Saving Nature in Time: The Past and the Future of Environmentalism,” based on the Wiles Lectures at Queen’s University in Belfast, on contributions environmental history can make to contemporary environmental politics. He also is working on “Life on the American Land: A Commonplace Book,” an anthology of first-person accounts of past landscapes of the United States and the lives people have lived on them.

Other Engaged Citizen Experience events include:

For more information, contact Charlene Skidmore at 515-271-2999 or charlene.skidmore@drake.edu.