Drake Lecture Series To Explore America’s Role In The World 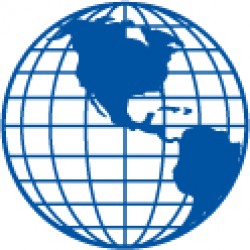 Drake University’s Center for Global Citizenship is launching a public lecture series titled “Debating America’s Role in the World” in which experts on foreign affairs will discuss a variety of topics including terrorism, the Iraq war and the Middle East, hunger, pandemics, energy and climate change.

The series of 14 lectures dovetails with a first-year seminar taught by David Skidmore, Drake professor of politics and international relations and director of the Center for Global Citizenship. Students in the seminar will attend most of the lectures, then discuss what they heard when the class meets again.

“Although the lectures are associated with my course, anyone can attend,” Skidmore said. “In fact, we are seeking to attracts as many students and community members as the auditorium can hold.”

In addition to speaking at Drake, many of the experts also will give lectures at Grinnell College and the University of Iowa as part of a collaboration among the three schools and the National Security Network.

The Drake series will begin Tuesday, Sept. 11, with a lecture titled
“See Ourselves, As Others See Us” by Andrew Nagorski, international
senior editor of Newsweek magazine, and Christoph von Marschall, lead
opinion editor at Der Tagesspiegel in Berlin, Germany. The lecture will
take place from 12:30 to 1:45 p.m. in Bulldog Theater in Olmsted
Center, 29th Street and University Avenue.

Born in Edinburgh, Scotland, to Polish parents, Nagorski attended
school abroad while his father served in the U.S. Foreign Service. He
received his bachelor’s degree from Amherst College and studied at the
University of Cracow, Poland. In addition to his contributions to
Newsweek, Nagorski has served as a senior associate at the Carnegie
Endowment for International Peace in Washington, D.C. His most recent
book is “The Greatest Battle: Stalin, Hitler and the Desperate Struggle
for Moscow That Changed the Course of World War II.

Von Marschall has been lead opinion editor at Der Tagesspiegel
since 1995. He also worked at the Suddeutsche Zeitung in Munich as a
correspondent in Hungary from 1989 to 1991. He holds a Ph.D. in Eastern
European history from Freiburg University and is fluent in Polish,
French and English. He was awarded a Kellen Fellowship in 1999 that
enabled him to spend one month each working at The New Republic and The
Wisconsin State Journal.

The schedule for the rest of the series is listed below:

Sept. 18 — “The Making of U.S. Foreign and National Security
Policy: Integrating the Instruments of Power and Influence” by Robert
Hunter, senior adviser at the RAND Corp. in Washington, D.C. The
lecture will start at 12:30 p.m. in Bulldog Theater, Olmsted Center.

Sept. 25 – “The Costs of War” by Wendy Sherman, principal of The
Albright Group LLC and The Albright Capital Management LLC. The lecture
will begin at 12:30 p.m. in Bulldog Theater, Olmsted Center.

Oct. 2 — “Defense, Intelligence and Terrorism” by Lawrence J.
Korb, assistant secretary of defense from 1981 to 1985; and Greg
Thielmann, acting director of the Strategic, Proliferation, and
Military Affairs Office in the Bureau of Intelligence and Research at
the State Department before his resignation shortly before the start of
the Iraq war. The lecture will start at 12:30 p.m. in Bulldog Theater
in Olmsted Center.

Oct. 9 – “Considering the Endgame in Iraq” by Thomas Lairson,
professor of political science and the Gelhman professor of
international business as well as director of the International Studies
Center at Rollins College. The lecture will begin at 12:30 p.m. in
Bulldog Theater in Olmsted Center,

Oct. 16 — “U.S. Relations with China” by former Congressman James
A. Leach, who represented Iowa’s first and second districts from 1977
to 2007 and now teaches at Princeton University. The lecture will start
at 12:30 p.m. in room 101 of Meredith Hall, 28th Street and Carpenter
Avenue.

Oct. 17 — “Addressing Hunger, Poverty and Nutrition Through Global
Agriculture” by Natalie Hahn, who has 33 years of experience in international development, primarily with the United Nations System. The lecture will begin at 3:30
p.m. in Bulldog Theater in Olmsted Center.

Oct. 23 — “America’s Role in the Middle East” by Samuel W. Lewis,
a career diplomat who is now a senior adviser with the Brookings
Institution and the Johns Hopkins Foreign Policy Institute. The lecture
will start at 12:30 p.m. in Bulldog Theater in Olmsted Center.

Oct. 30 — “Smart Power and Stability in Pakistan” by Craig Cohen,
deputy chief of staff at the Center for Strategic and International
Studies. The lecture will begin at 12:30 p.m. in Bulldog Theater in
Olmsted Center.

Nov. 5 — “Reparations to Africa for the Slave Trade” by Rhoda
Howard-Hassmann, a Canada research chair in international human rights
at Wilfrid Laurier University. The lecture will start at 7:30 p.m. in
Sheslow Auditorium in Old Main, 2507 University Ave.

Nov. 6 — “The U.S. in the Global Economy” by Arvind Dandekar, CEO
and president of Fastek International in Hiawatha, Iowa, and Carl
Czarnik, vice president of Gerdau Ameristeel, Central Region. The
lecture will begin at 12:30 p.m. in Bulldog Theater in Olmsted Center.

Nov. 13 – “Energy and Climate Change” by Peter W. Soverel, CEO and
president of The Wild Salmon Center based in Washington state. The
lecture will start as 12:30 p.m. in room 101 of Olin Hall, 27th Street
and Forest Avenue.

Nov. 27 – “Plagues and Pandemics: From the Black Death in the
Middle Ages to Bird Flu in the Age of Science” by Mary J.R. Gilchrist,
director of the Massachusetts State Laboratory Institute, and Michael
Schoenbaum, senior economist at the RAND Corporation in Washington,
D.C. The lecture will start at 12:30 p.m. in Bulldog Theater in Olmsted
Center.

Dec. 11 — “Statecraft: How to Restore America’s Standing in the
World” by former U.S. Ambassador Dennis Ross, now a counselor and
Ziegler distinguished fellow at The Washington Institute. The lecture
will begin at 7 p.m. in Bulldog Theater in Olmsted Center.

For more information about the series, call 515-271-2169. Events
are subject to change. For the latest information, visit the Center for Global Citizenship Web site.

Exploring Risk And Responsibility In The 21st Century