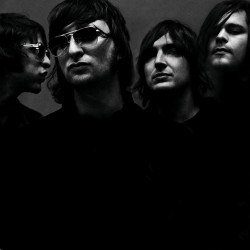 Australian band Jet has been selected to perform this year’s 10,000 Hours Show on  Wednesday, April 11, at the Drake Knapp Center, 26th Street and Forest Avenue. Doors are scheduled to open at 7 p.m. and Jet is expected to take the stage at 8:15 p.m.

Admission to the concert is 10 or more verified volunteer hours completed within the last year. No tickets will be sold for the concert.

To gain admission, college and high school students should register online at http://www.10000hoursci.org/ and perform a minimum of 10 hours of community service for a participating nonprofit organization by April 1. A representative from each participating organization will provide a list of volunteers who qualify for admission. Students will have their photo IDs checked against a master list of qualified volunteers to gain admission to the concert.

Jet’s first album, “Get Born,” was released in 2003 and sold more than 3.5 million copies worldwide. The band received Best Rock Video at the 2003 MTV Awards for its popular hit, “Are You Gonna Be My Girl.” “Shine On,” Jet’s sophomore album, was released in October 2006.