Yale Professor to Speak on Constitution Day at Drake 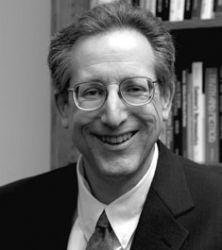 Jack M. Balkin, the Knight professor of constitutional law and the First Amendment at Yale Law School, will speak at Drake University’s observance of Constitution Day on Thursday, Sept. 21.

His speech, which is free and open to the public, is titled “How the Constitution Changes: Partisan Entrenchment and the National Surveillance State.” The event, sponsored by the Drake University Constitutional Law Center, will start at 4 p.m. in room 213 of Cartwright Hall, 27th Street and Carpenter Avenue. A reception will follow.

He has written widely on legal issues for such publications as The New York Times, Washington Monthly, The New Republic Online and Slate. He also writes political and legal commentary at the Weblog Balkinization (http://balkin.blogspot.com/). Balkin is the founder and director of the Information Society Project at Yale Law School, an interdisciplinary center that studies law and the new information technologies. His books include “Cultural Software: A Theory of Ideology,” “Processes of Constitutional Decisionmaking,” “What Brown v. Board of Education Should Have Said” and “What Roe v. Wade Should Have Said.”

Bowman to Speak on Intelligent Design Instruction in Public Schools