June 24, 2019 – DES MOINES, Iowa – Drake University announced today it is selling land adjacent to its campus as part of a major development project. Drake will sell and lease parcels totaling more than four acres, constituting two city blocks between 25th and 24th streets in the Dogtown area, to Merge Urban Development Group (Merge) of Cedar Falls, Iowa. The property is bordered by University Avenue to the south and Forest Avenue to the north. This development represents an investment exceeding $63 million constructing new apartments, townhomes, commercial space, and parking.

“Dogtown is about to be one of the most exciting places in central Iowa,” Drake University President Marty Martin said. “This investment is going to bring new businesses, new residents, and new energy to the neighborhood—and realize the potential of the University Avenue commercial corridor and Dogtown culture and arts district. It will help create a walkable, vibrant hub of retail and restaurant options for the neighborhood and for Drake’s almost 5,000 students, more than 1,000 employees and more than 200,000 annual visitors.”

Plans for the development include construction of several five-story apartment buildings totaling an estimated approximately 300 residential units on the city block between 24th and 25th streets, bordered by Carpenter Avenue to the north and University Avenue to the south. Four of the buildings will include a total of more than 30,000 square feet of lower-level commercial space fronting University Avenue and 25th Street. The project also includes a parking structure north of Carpenter Avenue that will serve residents, campus commuters, and the general public.

This will be the first project for Merge within the Des Moines metro. The Merge development team focuses on real estate development in Qualified Opportunity Zones across the Midwest and has more than a decade of experience working in close proximity to universities. Last year, the firm broke ground on one of the first Opportunity Zone developments in the nation, a mixed-use project located in Waterloo, Iowa. Merge’s development approach is to create walkable, urban space which reflect both a community’s history and its aspirations.

“Dogtown checks all the boxes—the culture and diversity of the Drake Neighborhood, the connectivity to downtown, and the innovative partnership with Drake University and the City of Des Moines—these virtues make this location a perfect fit for Merge,” said Brent Dahlstrom of Merge Urban Development. “Our vision is to give the existing energy a new gathering place. Our project will be the link between campus and Dogtown, making this culture and arts district a premiere destination in Des Moines.”

Current plans call for the Varsity Theatre building, which recently closed, to be retained. Construction of the first phase is planned to begin in the summer of 2020, with the entire development expected to be completed by 2023. Des Moines firm Slingshot Architecture is designing the development, which will incorporate features to match the aesthetic of the university’s Mid-Century Modern architecture and other neighborhood buildings. Merge has identified this project as a unique candidate for mass timber construction, a sustainable and environmentally friendly construction technology alternative to steel and concrete.

New projects slated for Drake and the Drake neighborhood

The Merge project is near another development already underway. Des Moines-based Nelson Development is constructing a five-story, 86,300-square-foot Home2 Suites by Hilton hotel on the southside of University Avenue between 26th and 27th streets, with lower-level retail and restaurant space.

Streetscaping is also beginning on University Avenue between 25th and 31st streets, which will make the corridor more pedestrian-friendly with wider sidewalks, bike-lanes, and trees.

Construction on the new Gregory and Suzie Glazer Burt Club on the Drake campus, an expansion location for the Boys and Girls Clubs of Central Iowa, is nearly complete. The club plans to open to Des Moines Public Schools students in the fall. The club will be just the second Boys and Girls Club in the U.S. to be opened on the campus of a private university.

The Harkin Institute for Public Policy & Citizen Engagement will begin construction on a 16,000-square-foot building, $8.1 million building later this summer, which will serve as a model of universal design.

“We are deliberate in working closely with our neighbors to pursue projects that strengthen the community we call home,” Martin said. “New community resources like the Gregory and Suzie Glazer Burt Club, a new home for the Harkin Institute, and the new private investment projects are positive indicators of a vibrant neighborhood.” 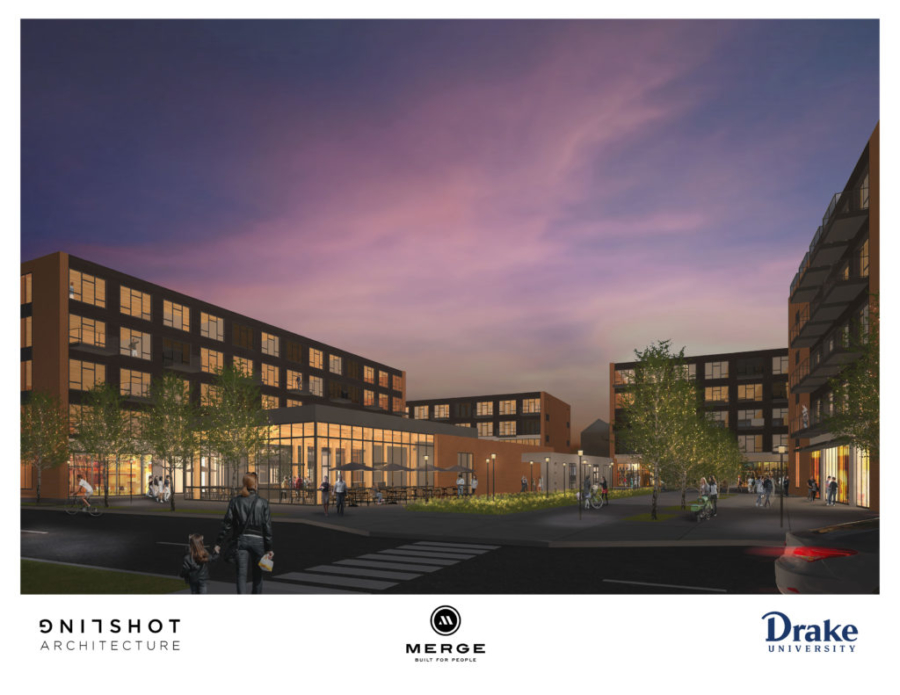 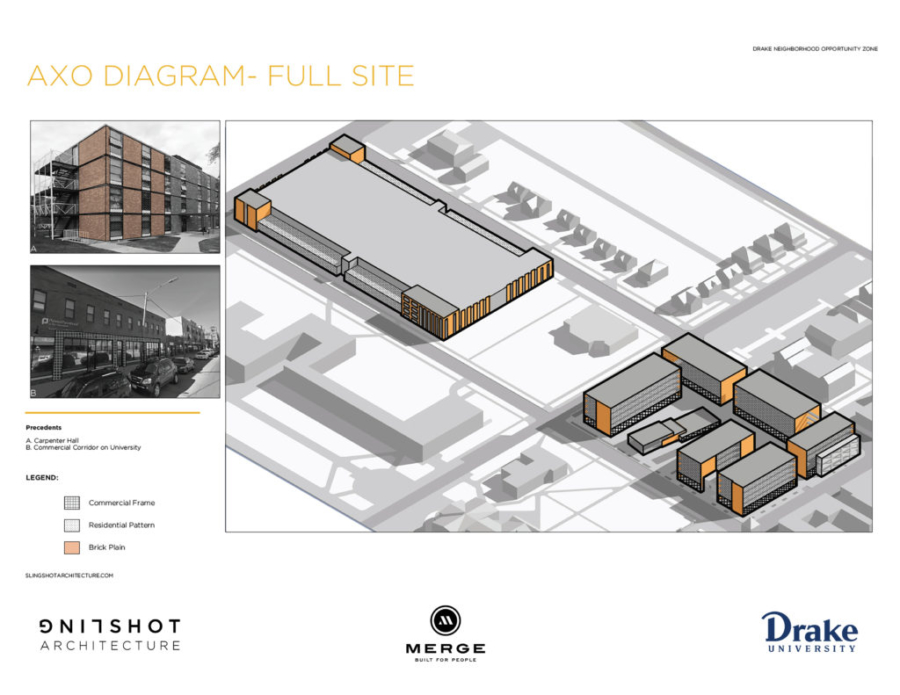