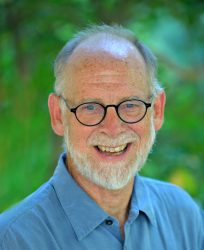 The Comparison Project will present the third event of the spring semester in its ongoing two-year series on miracles. Richard H. Davis will deliver a lecture titled “Fear, Loathing, and Miracles among the Cowherders: Krishna’s Childhood Prodigies.” The lecture will be held at 7 p.m. Thursday, March 29th, at Sussman Theater in the Olmsted Center on Drake’s campus.

Davis is professor of religion and asian studies, and director of the department of religion, at Bard College, Annandale-on-Hudson, New York. Previously he taught on the faculty at Yale University. His most recent publication is “The Bhagavad Gita: A Biography” (Princeton University Press, 2014).  He is author of four other books: “Ritual in an Oscillating Universe: Worshiping Siva in Medieval India” (Princeton, 1991), “Lives of Indian Images” (Princeton, 1997), “Global India, circa 100 CE: South Asia in Early World History” (AAS, 2010), and “A Priest’s Guide for the Great Festival” (Oxford, 2010).  He has edited two volumes, and also wrote the text for a catalog of Indian religious prints, “Gods in Print: Masterpieces of India’s Mythological Art” (Mandala, 2012).  Currently he is continuing work on the reception history of the Bhagavad Gita, and on a history of religions in early South Asia.

Davis’ lecture will draw on several classical Sanskrit works, in which the god Krishna is presented as a human incarnation of the Supreme Being, Vishnu. Krishna grows up in humble circumstances within a community of nomadic cowherders. They are not appraised of the divinity living among them, and only gradually come to recognize his more-than-human capacities. The narratives of his early life play with the ironic distance between the knowing reader and the unknowing cowherders. When the child Krishna performs acts that clearly display superhuman strength, the cowherders struggle to comprehend these phenomena. The drama of these accounts revolves around the difficulty of recognizing miraculous actions of a god, especially when that divinity is a baby. The presentation will use the narratives of Krishna’s childhood among the cowherders to reflect on the use of “miracles” as a comparative category in the study of religion.

Future events in The Comparison Project’s series on miracles include: