Drake University is proud to present Anthony Ross, principal cellist of the Minnesota Orchestra, for a pair of free performances on December 6 and 7.

Ross will perform as the next artist of the Jordan Concert Series at 7:30 p.m. Thursday, Dec.7, in Sheslow Auditorium. Mr. Ross will be accompanied by pianist Timothy Lovelace. The concert program includes the following works:

Both performances are free and open to the public.

About the Jordan Concert Series

The Jordan Concert Series is named in honor of Alice and Frank B. Jordan. Dr. Frank B. Jordan was a long-time professor of music and dean of Drake University’s College of Fine Arts.

Alice Jordan published more than 250 choral and organ works during a lengthy career as composer; several of her works were performed during international concerts, as well as at a White House concert. She was active in the Des Moines community, serving on the boards of the Des Moines Symphony Association, the Des Moines Women’s Club, the Drake Alumnae Association and as president of the Des Moines Civic Music Association. She received an honorary Doctor of Fine Arts degree from Drake in 2006 and was inducted into the Iowa Women’s Hall of Fame in 2002.

About the Featured Performers

Anthony Ross, principal cellist of the Minnesota Orchestra since in 1991,  has been a soloist many times with the Orchestra, performing concertos by Schumann, Dvořák, Victor Herbert, James MacMillan, Beethoven, Saint-Saëns, Elgar and Shostakovich, as well as many chamber works.

In recent seasons Ross has performed Prokofiev’s Sinfonia concertante for Cello and Orchestra, the Walton Cello Concerto and the Brahms Double Concerto, the latter alongside former First Associate Concertmaster Sarah Kwak. In April 2014 he was soloist in performances of Eric Whitacre’s The River Cam, with the composer conducting. At Sommerfest 2014 he performed Prokofiev’s Sonata for Cello and Piano with Sommerfest Artistic Director Andrew Litton.

Before joining the Minnesota Orchestra, Ross was principal cello of the Rochester Philharmonic. Away from Orchestra Hall, he is active as a chamber musician, festival performer and educator. He is a member of Accordo, a chamber group made up of principal string players from the Minnesota Orchestra and Saint Paul Chamber Orchestra. He also performs with the Chamber Music Society of Minnesota. He has appeared in the Mostly Mozart, Music in the Vineyards, Cactus Pear (San Antonio), Bach Dancing and Dynamite Society (Madison) and Orcas Island festivals, and has performed on stages from Pensacola, Florida, to Rhodes, Greece. He has taught at the Eastman School of Music, the Aspen Festival and the Grand Teton orchestra seminar.

Ross’ recordings include Bernstein’s Three Meditations with the Minnesota Orchestra under Eiji Oue, the George Lloyd Cello Concerto with the Albany Symphony under David Alan Miller, and works of Rachmaninoff and Elliott Carter for Boston Records.

A graduate of Indiana University, Ross earned a master’s degree at the State University of New York, Stony Brook. In 1982 he was awarded the bronze medal at the prestigious Tchaikovsky Competition, and he received McKnight Fellowships in 2001 and 2005. Together with his wife Beth Rapier, the Minnesota Orchestra’s assistant principal cello, Ross produces the annual “Harmony for Habitats” benefit concert at St. John’s Episcopal Church in south Minneapolis. 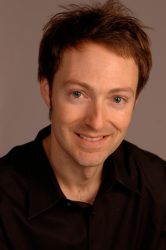 Pianist Timothy Lovelace heads the Collaborative Piano program at the University of Minnesota and is an active recitalist, having been featured at Rio de Janeiro’s Sala Cecilia Meireles, Carnegie’s Weill Recital Hall, Washington’s Kennedy Center, New York’s Merkin Concert Hall, Chicago’s Dame Myra Hess Memorial Concerts and on chamber music series sponsored by the symphony orchestras of Chicago, Cincinnati, Detroit, Minnesota and the Saint Paul Chamber Orchestra. As a soloist, he has performed with the Minnesota Orchestra conducted by Osmo Vänskä, The roster of internationally-known artists with whom Lovelace has appeared includes Miriam Fried, Nobuko Imai, Robert Mann, Charles Neidich, Paquito D’Rivera, and Dawn Upshaw.  For thirteen years, he was a staff pianist at the Ravinia Festival’s Steans Institute, where he played in the classes of Barbara Bonney, Christoph Eschenbach, Thomas Hampson, Christa Ludwig and Yo-Yo Ma, among others. A proponent of new music, Lovelace has performed the works of many living composers, and he presented the world premiere of Osvaldo Golijov’s Third World. He has recorded for the Albany, Arabesque, Blue Griffin, Boston Records, and MSR labels. His principal teachers were Harold Evans, Gilbert Kalish, Donna Loewy, and Frank Weinstock.

For more information contact Nicholas Roth, professor of piano, at nicholas.roth@drake.edu or 515-321-5947