Political scientists to discuss ‘American Politics in Turmoil’ on Nov. 2 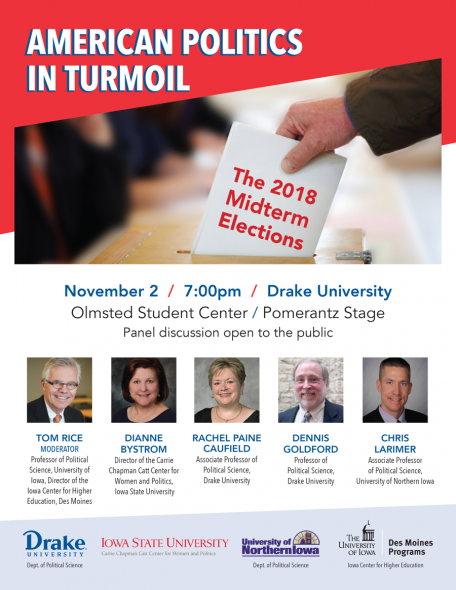 Political scientists from Drake University and Iowa’s regents universities will host a panel discussion about political polarization in the United States.

The nonpartisan discussion titled “American Politics in Turmoil: The 2018 Midterm Elections” will be held at 7 p.m. Thursday, Nov. 2, on Pomerantz Stage in Drake’s Olmsted Center, 2875 University Ave. Topics will revolve around the influence of the current political climate on next year’s local, state, and federal midterm races. The event is free and open to the public.

Tom Rice, professor of political science at the University of Iowa, will moderate the event.

Take the ITS Phishing Quiz