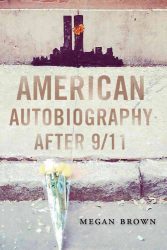 Professor’s book examines how 9/11 affected the way we imagine, view, and present ourselves to the world.

Anyone who was alive and in the United States at the time remembers where they were on September 11, 2001. One of the largest foreign attacks on American soil left nearly 3,000 dead, more than 6,000 wounded, and an entire country shaken to the core.

It was an event so shocking and traumatizing that it changed not only what it means to be an American, but also altered the way in which we view—and write about—ourselves as human beings.

This is the idea that Drake Professor of English Megan Brown explores in her book American Autobiography After 9/11 (University of Wisconsin Press), published in January 2017. 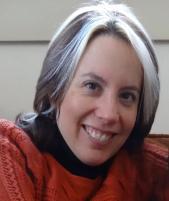 “The feeling of vulnerability that so many experienced that day made a lot of people reflect on who we are,” says Brown, a native New Yorker who came to Drake in 2005. “A lot of that vulnerability led to questions about what it means to be a good American and how we could deal with the anxiety we felt.”

Brown believes the boom in memoirs and autobiographies that began in the mid-2000s is the result of more individuals looking inward.

“The years after 9/11 became a time for people to think about who we are, both in terms of national and individual identity,” Brown said. “It was a fraught moment that has led us to ask what it means to be ‘normal’ in America.”

And this new “normal,” she says, is represented more often than not in stories that champion rugged individualism as the most effective way to manage anxiety and as a path to self-discovery.

Brown’s research on this subject began in 2006 as she reflected on the impact of the attacks on American storytelling while teaching a course on memoir and autobiography. Students in these courses were so insightful that she ultimately used many of their observations in her final book.

“I learned a lot from my students,” she says. “They always came up with observations that I didn’t notice. I could not have completed this book without them.”

Her research, coupled with student insight, led Brown to expand her understanding of the form and function of memoir. In American Autobiography After 9/11, she explores the popularity of autobiographical formats like graphic novels, film, and television, and how those are shaping the way personal stories are told and consumed. She also links reality television shows like “Survivor” to memoir, to the extent that such programs sketch the backgrounds and personalities of their participants and convey lessons about how to succeed over adversity.

“Memoirs come in many forms, accomplish many things, and can be critiqued from many angles,” Brown said. “No book operates in just one way. Stories are a way of promoting ourselves, finding ourselves, and even creating ourselves.”

American Autobiography After 9/11 is available online and in bookstores.

A Key(board) to Drake’s Success