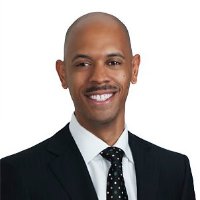 The lecture, titled “Strategy & Tactics in Patent Litigation – What You Didn’t Learn in Law School or From a Book,” is March 30 at 3 p.m. in Cartwright Hall, Room 201. It is free and open to the public.

Before a patent litigation begins, both potential plaintiffs and defendants must make decisions. For plaintiffs, issues include the extent of pre-suit investigations, which defendants to sue, and how aggressively to pursue the case. For defendants, issues include whether to negotiate, initiate a proceeding in the U.S. Patent and Trademark Office, or file a declaratory judgment action.

In this lecture, Monterio will discuss his views on many of the judgment calls that should be made when there are no answers in the books.

The event has been approved for 1 hour of CLE credit (Iowa Activity ID Number: 253628).

Monterio has litigated complex patent litigation cases from pre-suit investigations to trials and appeals. He also has extensive experience in patent-related strategic counseling and post-grant proceedings before the U.S. Patent & Trademark Office. His practice has embraced a wide range of technologies, including manufacturing processes, medical devices, electronic devices, and computer software.

Previously, Monterio was a judicial intern with The Honorable Gerald Bruce Lee of the U.S. District Court for the Eastern District of Virginia, where he handled issues such as the Federal Death Penalty Act and the Federal Torts Claims Act. He also served on a U.S. Senate Committee conducting legal policy studies on intellectual property and biotechnology and worked in Office of Iowa Gov. Tom Vilsack.

Monterio was selected as a 2013 Fellow for the Fellows Program of the Leadership Council on Legal Diversity. He was also named a “Rising Star” by Washington, D.C. Super Lawyers, and has been honored on the National Law Journal Plaintiffs’ Hot List and the Lawyers of Color Hot List.

Iowa Interfaith Exchange to be held April 6-8 at Drake