The country—and, increasingly, the world—bets big on Super Bowl Sunday each year.

The American Gaming Association estimated $4.7 billion was wagered on the event earlier this month. Advertisers gambled that a $5 million 30-second spot would pay out in a substantial brand boost.

Drake alumni went for a sure thing. Since a recent young alumni survey revealed Mary Edrington as a top draw, a scheduled evening class—Super Bowl Ads 101—led by the associate professor of practice in marketing was a safe bet.

“We wanted to make sure the programming we were putting on was in line with what young alums wanted,” explains Emilee Richardson, JO’09, director of marketing and public relations at the Science Center of Iowa, describing solicited feedback on possible events and Drake faculty involvement. “Far and away, Mary Edrington was the most requested professor!”

Some 80 attendees filled Cowles’ Reading Room on Feb. 7, and a majority of them stood when former student body president Joey Gale, BN’15, introduced Edrington and asked how many had once been in her classroom.

More people tune into the Super Bowl for the commercials than for the athletic showcase, she told the room. With 172 million viewers (according to Fox), advertisers strove to bring their A game. Did they succeed?

“Pull out your green sheet,” instructed Edrington. “Because this is a class.” 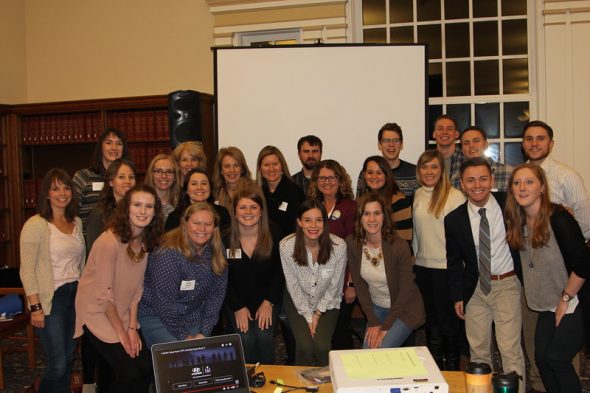 Before viewing commercials on the screen behind the podium, alumni—many of whom had taken advertising and marketing classes at Drake—got a refresher on key analysis points. They were now ready to scrutinize brand, audience, emotion, and originality.

Anheuser-Busch went deep with brand history that brushed up against current events. Honda stood out with creative use of celebrities. Bai was spot on with millennials. And Mr. Clean was, uh, interesting.

“How many of you remember that ad?!”

This year’s Super Bowl was the first to ever go into overtime. Four of a total 66 advertisers showed up in those limited but very valuable spots. How’d they do that? wondered some in the class.

Edrington passed the question to her former students. “Are there any media buyers in the room?”

Haley Austin, JO’15, social media strategist with marketing agency Trilix, had the scoop. Four advertisers (SoFi, Hulu, Sprint and Proactiv) signed agreements for overtime slots costing less than half the price of those scheduled during the four-quarter play. If the game didn’t go into overtime, the advertisers didn’t have to pay. It did, they did, and all are now part of Super Bowl history.

“It’s so nice to have these experts here,” said a noticeably proud Edrington.

After an insightful and entertaining evening that included door prizes and paired well with beer, wine, walking tacos, and brownies, Edrington reinforced her own brand as she smiled through selfies with alumni who think she’s the BEST.

See more photos from the event in this Flickr gallery. 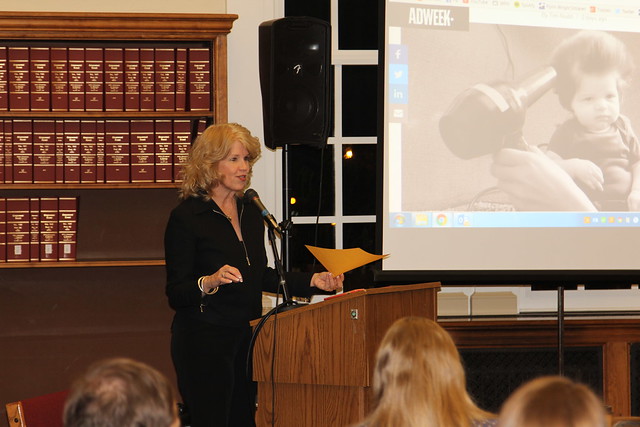 A woman of firsts

Drake homepage gets a new look