Radio-TV producing senior Annelise Tarnowski was named the Oreon E. Scott award winner at the University’s Adams Leadership Institute awards ceremony last week. That means Annelise will be the student speaker at commencement on May 16. This is the first time in about 15 years that an SJMC student has been chosen to speak at graduation.

Graduates of the Adams Leadership Academy included many SJMC students. Congratulations to:

Drake’s chapter of the Public Relations Student Society of America was chosen as outstanding student organization on campus.

Something to remember us by

SJMC seniors are invited to stop by the SJMC office, Meredith 118, before graduation to pick up a School of Journalism and Mass Communication coffee mug from Shari.

On Sunday, April 19, dozens of awards and scholarships were presented to SJMC students at the annual SJMC Awards and Recognition Reception in Levitt Hall. Congratulations to all of those who were recognized. 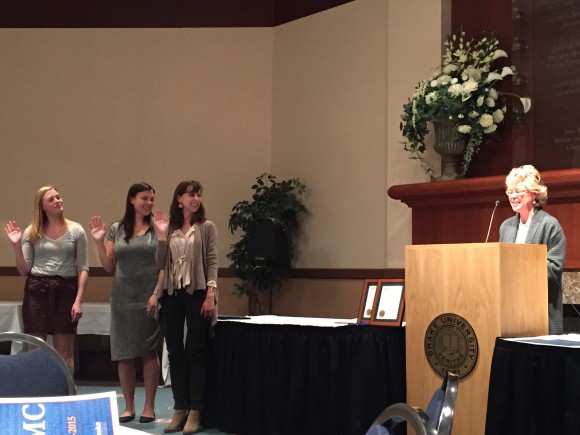 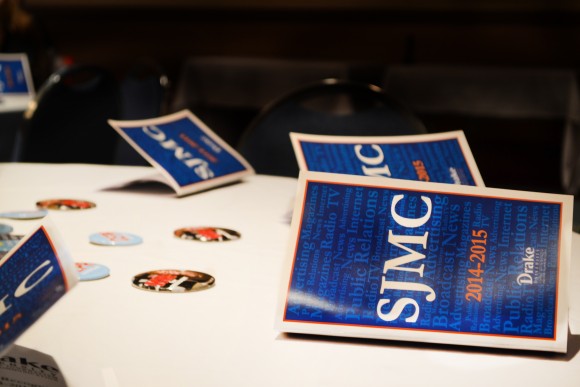 Drake Theatre presents Irish musical “A Man of No Importance”