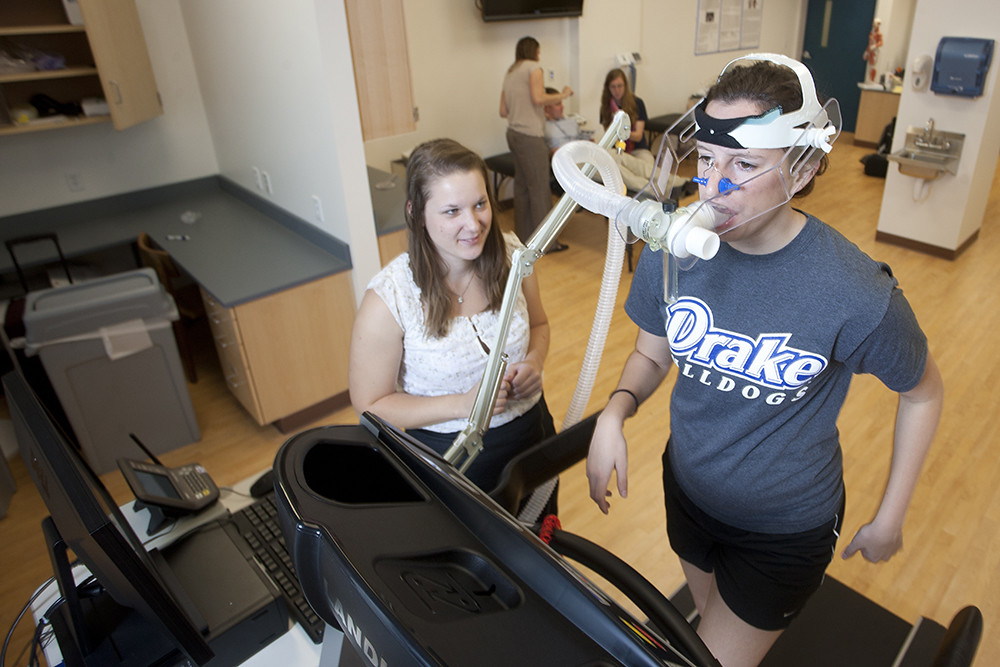 Elizabeth Heiny, AS’11, was volunteering as a caregiver for foster children in Texas when she became concerned about the wellbeing of a five-month-old. The baby boy wasn’t developing on pace and had poor control of his head. That’s when Elizabeth was introduced to occupational therapy, a form of therapy that helps children and adults, especially those recuperating from physical or mental disabilities, live active and independent lives.

“[Occupational therapists] were giving us exercises to do with him and we saw him progressing faster after the therapy,” Heiny said. “I thought it was so cool to see the tangible difference therapy made with him. It was a first-hand look that taught me occupational therapy could really be life-changing.”

That experience changed Heiny’s life and altered the course of her professional career. Heiny had earned her Bachelor of Arts in graphic design at Drake. After this experience, she decided to pursue a doctoral degree in occupational therapy.

“I didn’t even know about occupational therapy until after I graduated,” Heiny said. “If it had been offered at Drake I would have been exposed to it sooner.”

Students can also participate in a 3-year, year-round doctoral program in occupational therapy. Students who have previously earned a baccalaureate degree can apply to the first professional year of the program that will begin in May 2016.  Students will also be able to apply to the doctoral program after completing a bachelor’s degree in health sciences in either 3 or 4 years. Students completing the health sciences pre-OT track at Drake University will receive full consideration for admission, along with being able to experience occupational therapy settings through course work, mentoring, and student organizations. If admitted to the doctoral program, they will enter the doctoral component in the summer after they have completed their undergraduate program.

The introduction of these programs, as part of a broader STEM@DRAKE initiative, represents a bold step forward to strategically increase enrollment at Drake and pair students with national workforce needs. Occupational therapy is one of the nation’s highest-growth career fields, with employment projected to grow 29 percent from 2012 to 2022, according to the Bureau of Labor Statistics. The U.S. Department of Labor, Employment, and Administration is even more optimistic, predicting a 31.1 percent growth in employment for occupational therapists during the same timeframe. The department predicts that job growth for athletic trainers will increase 21 percent by 2022, a rate that is well above the average for all occupations.

Drake explored the possibility of initiating a new occupational therapy program with leaders at local hospitals.

“The responses from all of the locations employing occupational therapists expressed a need for additional therapists and indicated it is very difficult to hire or replace these positions,” said Wendy Duncan, dean of the College of Pharmacy and Health Sciences.

President of the Iowa Occupational Therapy Association Gloria Frolek Clark said occupational therapy is an evidence-based, science-driven profession that can reduce health care costs and increase a person’s engagement in everyday activities (occupations). Occupational therapists have been in high demand not only nationally, but particularly in Iowa.

“In my role as president of the Iowa Occupational Therapy Association, I have been approached by administrators of long-term health care, area education agencies, and hospital rehabilitation agencies all telling me that they cannot find enough occupational therapists,” Frolek Clark says. “A school in central Iowa has been on the wish list for many years, so we are very excited about Drake University’s new program.”