In addition to Urban Plains being named a finalist for best college magazine, Meagan Flynn is a finalist for Story of the Year with her news article for Think about the state of juvenile justice in Iowa. Among the other finalists are students from Harvard, Swarthmore and University of Indiana

What we’re up to

JMC 120 Freelance Writing has begun working on a project with the Iowa Natural Heritage Foundation, writing content for its magazine, website, app and other products. 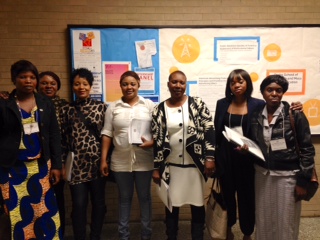 Inman has been asked to interview indie rock god Bob Mould for the keynote event at the Des Moines Music Coalition’s Music University at Drake Oct. 4-5. Inman will be onstage conducting the interview and taking questions from the audience.

The spring schedule of classes will be available online this week. Watch for an announcement.

Brian Wansink is a 1984 graduate of the SJMC master’s program. He was awarded the university’s alumni achievement award in 2013.
Wansink is now the director of Cornell University’s Food and Brand Lab.

He has recently gained attention for a new book he has written, “Slim by Design: Mindless Eating Solutions for Everyday Life.” The book examines the reasons why Americans tend to “mindlessly” eat, and how with a little redesign they can change that. The book is a part of 25 years of research that he has conducted on eating behaviors. He also wrote “Mindless Eating: Why We Eat More Than We Think.”