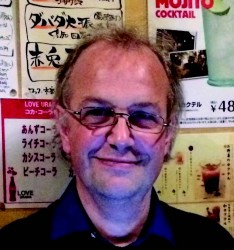 Gereon Kopf, associate professor of religion at Luther College, will deliver a lecture titled “When Expression is Expressed, Non-Expression is Not-Expressed: A Zen Buddhist Approach to Talking About the Ineffable” as part of The Comparison Project’s fall 2014 programming. His lecture, which is free and open to the public, will be held Thursday, Sept. 18 at 7 p.m. in the Sussman Theater, 2875 University Ave.

Philosophy of religion, as developed in the monotheistic traditions of Christianity and Islam, explores the question of how and if it is possible to talk about the predicate God. Some Zen thinkers suggest that linguistic discourses on the absolute are not only possible but also necessary—one of those thinkers is the medieval Japanese Zen master Dogen. This talk will explore Dogen’s philosophy of expression and suggest a new understanding of philosophy of religion on the basis of thought.

Kopf received his Ph.D. from Temple University. As a research fellow of the Japan Society Foundation and the Japan Society for the Promotion of Science, he conducted research in 1993 and 1994 at Obirin University in Machida, Japan, and at the Nanzan Institute for Religion and Culture in Nagoya, Japan, from 2002 to 2004. During the 2008–2009 academic year, he taught at the Centre of Buddhist Studies at the University of Hong Kong. He is the author of Beyond Personal Identity (2001), co-editor of Merleau-Ponty and Buddhison (2009), and editor of the Journal of Buddhist Philosophy.

Changing the Mission of College Athletics