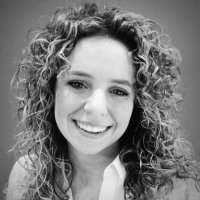 Established through a partnership of Parata Systems and Pharmacy Times, Next-Generation Pharmacists is a recognition program that honors pharmacists, technicians, student pharmacists, and industry advocates who are defining the future of the industry. The 2014 Next-Generation Pharmacist nominations were received across 10 award categories, and an independent panel of judges, chaired by the Pharmacy Times editor-in-chief, reviewed all entries. Three finalists in each category were selected from a pool of more than 500 applicants.

Laura Vollmer is currently on an acute care rotation at Iowa Lutheran Hospital. Additionally, she works at the Hy-Vee Pharmacy in Pleasant Hill, where she has interned for the past several years.

“My Drake experience has provided me innumerable opportunities to grow professionally and personally,” says Vollmer. “I have had several unique internships that have provided me the opportunity to apply theory to practice, and I’ve gained confidence along the way.”

In addition to interning at Hy-Vee Pharmacy, Vollmer has served as a public policy and legislative intern for Iowa State Rep. John Forbes. She has also worked as the executive association management intern at the Iowa Pharmacy Association headquarters. Vollmer has held several leadership roles, including president of the American Society for Health-Systems Pharmacists (ASHP), and she has been active on campus, serving as a residence hall director for Herriott Hall and member of Phi Delta Chi.

For more information, contact Renae Chesnut at renae.chesnut@drake.edu or 515-271-3018.