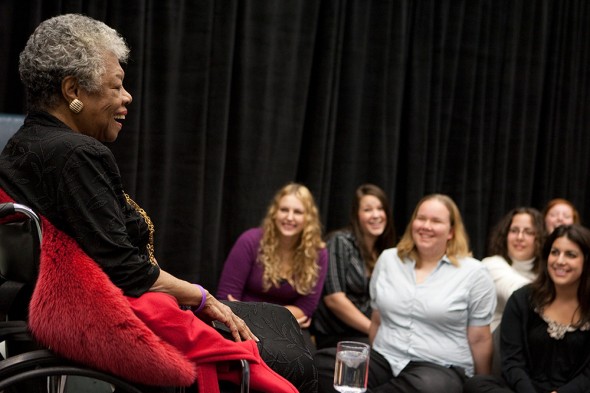 As news broke today that Maya Angelou has died at age 86, members of the Drake University community remembered the influential author and poet who reminded us that we can all be “rainbows in the clouds.”

Angelou captivated an audience of more than 8,000 during Drake’s 24th Martin Bucksbaum Distinguished Lecture in October 2009. Her legacy carries on through our memories, through her artistic work, and through her prominent role as an influential supporter of civil rights, faculty said.

Some thoughts from Renee Ann Cramer, associate professor and chair of the law, politics, and society department:

A remembrance from Melisa Klimaszewski, associate professor of English and faculty advisor to the Coalition of Black Students:

2014 Hooding and Commencement Archives and Downloads