All of Drake’s theatre majors who are graduating with a bachelor of fine arts in spring 2014 have received paid work in their chosen field, reports Karla Kash, associate professor of theatre.

Kash shared the following graphic, which details the graduating students, their anticipated degrees, and the jobs they’ve landed immediately following graduation. (Click the image to enlarge.) 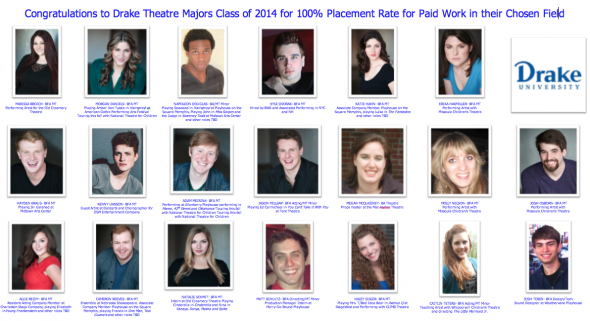 The graduates, and their jobs, are: