Awards were announced during the evening banquet program during which Judy Woodruff spoke about her trips to Iowa to cover politics. Woodruff, managing editor and co-anchor of the PBS NewsHour, earlier moderated the five-candidate Republican Senate debate. 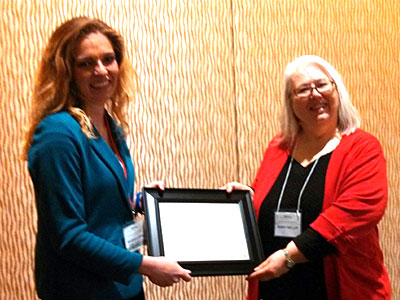 The DoubleTree hotel in downtown Cedar Rapids hosted the May 3 convention.