Drake University students claimed seven awards in a magazine contest conducted by the Association of Education in Journalism and Mass Communication. The awards were handed out Saturday at the national AEJMC convention in Washington, D.C. 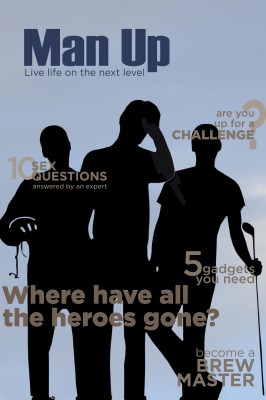 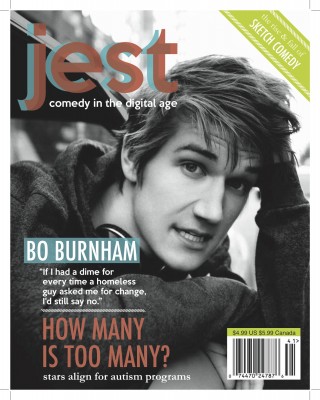 Other awards for Drake students included:

“It was a real honor to be in D.C. to accept the awards for our students,” Blachford said. “I was especially pleased with the first-place award for Man Up. It’s the first digital magazine to win that category. And the judge’s comments reflected exactly what the students were trying to accomplish, so that was very gratifying.”

Man Up is a magazine that serves men in their 20s and early 30s. The app is available free for iPad. Sample content is also available in apps for iPhone and  Galaxy SIII, and online at manupmagazine.com.

The judge for the category was Peter Moore, editor of Men’s Health print magazine and iPad edition:

“I flipped through magazine after magazine, page after page printed on paper, each of them trying to pull off a format that began to die three decades ago: The general interest magazine. … Then I came across an entry letter from Man Up, which informed me that if I wanted to read it, I’d have to access it on my iPhone or iPad. Eureka #1. Then I read the table of contents, and it was all about … men. Their adventure sports. Their tech. Their desire to make beer. Their sex questions. Their careers. Their bosses. Their heroes. Eureka #2. It was a coherent editorial product, likely to appeal to a specific sort of human who might be enticed back, issue after issue, to read this stuff. But was it any good? Eureka #3. It was!

I edit a men’s magazine, so you might think I’d be hard to please, reading male-oriented content from student journalists. I am indeed VERY HARD TO PLEASE. And yet, the departments and longer form journalism in Man Up held my attention, surprised me, taught me things. The text was clear, expert sourced, useful. To my delight, the digital formats were engaging, intuitive, and helpful. (Ditto for Think; gold star to Drake and the students who did such nice work in the new formats.)”

The judge of the individual startup entries was Kevin P. Keefe, vice president of editorial for Kalmbach Publishing Co. in Waukesha, Wisconsin. Of Rachel’s winning entry, he wrote:

“The editor of Jest has captured the current spirit of comedy, especially as it relates to a young demographic, and has come up with a design to match. In fact, the high design marks I gave this project is what really put it over the top. Jest looks bright, current, and irreverent, without being sophomoric. It is very effectively “chunked,” with a nice rhythm to its rich lineup of sidebars, images, and other entry points. It is delightfully dense.”

“Although the competition from Latina and other competitors would be daunting, the editor of Unique won me over with her sheer love of the subject, her obvious expertise, and her desire to create a magazine that’s not just another rather shallow sex-and-fashion title for women. Her mission to serve a broad range of Hispanic women is laudable, especially her clear aim to appeal to non-Spanish-speaking readers. In that vein, the magazine’s aims seem practical and realistic. Her plans to weave social media around and through the magazine is effective and intelligent.”