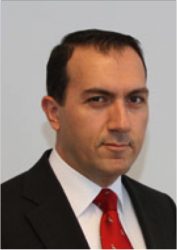 The Principal Financial Group Center for Global Citizenship and the Turkish American Society of Iowa will feature “Turkey’s Foreign Policy and Relations with the U.S.,” a lecture by Fatih Yildiz at Drake University. Faith Yildiz, consul general of Turkey in Chicago, will deliver the lecture on Tuesday, April 30 from 3:30–4:30 p.m. in Levitt Hall, the second floor of Old Main, 2507 University Ave. The lecture is free and open to the public.

Yildiz has extensive experience with international relations. After graduating from the Department of International Relations at Middle East Technical University in Ankara, he began his career as attaché at the Deputy Directorate for Balkan Affairs at Turkey’s Ministry of Foreign Affairs (MFA). He has worked at the Turkish Embassy in Sarajevo in a variety of capacities as well as served in various roles at the Turkish Embassy in Washington, D.C. Prior to assuming his position as consul general of Turkey in Chicago, he worked as chief of section, and director and head of the department, at the Department of Human Resources at Turkey’s MFA.

This event is sponsored by the Principal Financial Group Center for Global Citizenship and the Turkish American Society of Iowa. Visit www.drake.edu/cgc for more information, or contact David Skidmore at 515-271-3843 or david.skidmore@drake.edu or Denise Ganpat at 515-271-2504 or denise.ganpat@drake.edu.

Thesis art exhibition "Figmentation" opens May 3 at the Anderson Gallery