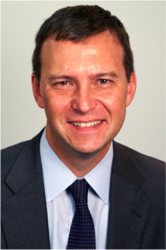 The Principal Financial Group Center for Global Citizenship (PFGCGC) will present “Afghanistan Endgame: What to Expect from the Upcoming Political Transition and Regional Diplomatic Efforts” at Drake University. Brian Katulis, Senior Fellow at American Progress and global consultant, will deliver the lecture, which is free and open to the public. The lecture will take place on Wednesday, March 27 from 7:30-9:30 p.m. at Sussman Theater in Olmsted Center.

Katulis received a master’s degree from Princeton University’s Woodrow Wilson School for Public and International Affairs and a B.A. in history and Arab and Islamic studies from Villanova University. Throughout his career, he has served as a consultant to numerous U.S. government agencies as well as private corporations and nongovernmental organizations in more than two dozen countries, including Iraq, Pakistan, Afghanistan, Yemen, Egypt, and Colombia. Katulis was a Fulbright scholar in Amman, Jordan, where he conducted research on the peace treaty between Israel and Jordan. He has been published in several newspapers and journals, including The Washington Post, Los Angeles Times, Boston Globe, Baltimore Sun, and Middle East Policy, and co-authored the book The Prosperity Agenda.

This event is sponsored by the Des Moines Committee on Foreign Relations and PFGCGC. For more information, visit: www.drake.edu/cgc