Drake to host screening of “Burma VJ: Reporting from a Closed Country” 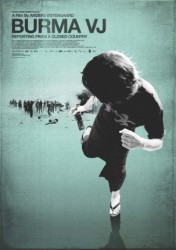 On Tuesday, October 25, Drake University will host a showing of the Academy Award-nominated film for Best Documentary Feature, “Burma VJ: Reporting from a Closed Country.”

The lecture, which is free and open to the public, will take place in Bulldog Theater on the lower level of Olmsted Center, 2875 University Ave.

The 2008 film sheds light on a 40-year military dictatorship in the Southeast Asian nation of Burma. In 2007, a band of Buddhist monks lead a peaceful uprising against the state, inspiring over 100,000 people to protest the nation’s leadership.

Though the state’s official media ignored the uprising, members of the Democratic Voice of Burma, also know as the Burma VJs, filmed the protests with hand-held digital video cameras. The footage was smuggled into Thailand and broadcast around the world, exposing the rebellion to the media.

The documentary, which is directed by Anders Ãƒstergaard, tells the story of these high-risk journalists and their role in the battle for a free and democratic Burma.

The lecture is sponsored by the Principal Financial Group Center for Global Citizenship at Drake University, which aims to educate students to function effectively in different cultural contexts, and to see their own culture from the perspective of others by sponsoring or co-sponsoring over 35 public events each year.

A list of fall 2011 events sponsored by the Center is available online: https://wwww.drake.edu/international/cgc/eventsf11.php.

There’s an app for that