Students go silent to speak out for voiceless in Uganda 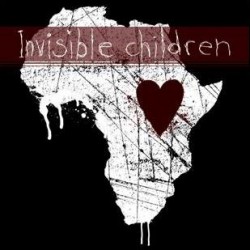 As the school year comes to an end, most students are focused on juggling final projects, papers and presentations. A group of Drake students have decided to put their energy and efforts towards a bigger purpose: spreading awareness about the conflict in Northern Uganda — without actually saying a word.

In cooperation with Invisible Children, a humanitarian organization focused on helping those affected by ongoing conflict in central Africa, Drake students and others across the country will participate in “The 25 Event: 25 hours of silence for 25 years of war.”

Drake’s 25 Event starts at 7 p.m. on Sunday, April 24. The day of silence will end 25-hours later on Monday, April 25, after a screening and discussion of the Invisible Children documentary. The event will be held at 7 p.m. in room 204 of Harvey Ingham Hall, 2804 Forest Ave.

“Invisible Children and the 25 Campaign recognize how hard it can be to stay completely silent for that long,” said Anna Limbrick, coordinator of Drake’s 25 Event. “One of our biggest challenges will be trying to stay silent during classes; especially the classes where you are required to participate or have presentations.”

Students participating in the silence are encouraged talk to professors and friends to explain their reasoning behind not talking.

Students may also prepare note cards or utilize other, non-verbal methods of communication during the day of silence. Two participants, sophomore Erika Owen and junior Janna Lauer, will wear t-shirts from Invisible Children that explain the significance of their silence.

The conflict in Uganda began 25 years ago as a struggle between the Government of Uganda and the Lord’s Resistance Army (LRA). Although recent peace talks have taken place, LRA leader Joseph Kony has declined to formally sign the agreement between the two parties.

More than one million people — now living in Internally Displaced Persons camps — have been displaced by the war. Invisible Children is working to help these people start their lives again after decades of displacement.

The documentary screening and day of silence are sponsored by Jewett Hall, the Drake Center for Global Citizenship and The 25 Campaign.

For more information about the 25 Event, contact Anna Limbrick at anna.limbrick@drake.edu.

“25” Event – Speak Out Without Speaking

Join students as they pledge 25 hours of silence to observe the 25 years of war in Northern Uganda. A documentary done by Invisible Children on the conflict’s affects on children will be shown and followed by discussion.

Drake's Beautiful Bulldog Contest moves to the Fieldhouse on campus