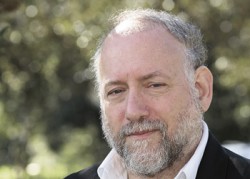 Foreign policy and diplomacy expert Barry Rubin will present a lecture on “The Middle East’s Dramatic Change: Why it’s a Global Focal Point,” at Drake University on Monday, Oct. 25.

Rubin has also appeared on “Nightline,” “Face the Nation,” “The MacNeil-Lehrer News Hour” and “The Larry King Show.”

The event, which is sponsored by Drake’s Center for Global Citizenship (CGC), is part of the fall 2010 Foreign Policy Series.

The series, which is co-sponsored by the National Security Network, will explore current topics with top experts. A full list of series events can be found online.

For more information, contact Darcie Vandegrift at 515-271-2840 or darcie.vandegrift@drake.edu.

Guest vocalist to dramatize the life of Parisian composer

Longtime register of copyrights to give Drake lecture Oct. 25