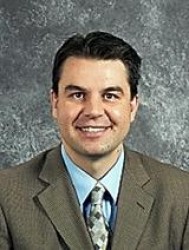 Pedersen was honored for his work as principal in motivating and inspiring teachers to achieve and contribute to the school environment at Davis County Middle School in Bloomfield, Iowa.

In June, Pedersen was hired to serve as superintendent for the Cardinal Community School District in Eldon, Iowa.

SAI is a statewide organization founded in 1987 that represents more than 2,000 Iowa educational administrators. The organization’s role is to support, encourage and develop Iowa’s educational leaders and learners.

Click here to watch a video of Pedersen’s acceptance speech, filmed by an individual attending the ceremony.