Olympians scheduled to compete at USA Track and Field Championships 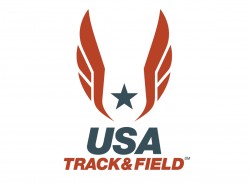 The upcoming USA Track and Field Outdoor Championships, which will be held at Drake Stadium, will feature 19 Olympians with a total of 29 Olympic medals between them — 10 of them gold.

In addition, 11 athletes who own American records in 12 events and eight athletes who hold world-leading marks in their specialties will compete.

“With 93 Olympians competing in this meet, you would be hard-pressed to find another sporting event ever staged in Iowa that can approach the spectacle of this event,” said Mark Kostek, co-competition director for the USATF.

The championships open on Wednesday, June 23, and will run through June 27. A full schedule of events can be found online.

Tickets are available by calling the Drake Athletic Ticket Office at 515-271-3647 or visiting www.godrakebulldogs.com.

Jeremy Wariner and Dwight Phillips, who won gold medals in the men’s 400 and long jump, respectively, at the 2004 Olympics, head the list of world leaders. Wariner owns the world’s fastest time in the 400 this year at 44.73 seconds, set in Rome, Italy, June 10. Phillips has the world’s top mark in the long jump at 27-7.50, set at the same meet in Rome.

Three-time Olympian Allen Johnson, who won the gold medal in the men’s 110 hurdles at the 1996 Olympics, is one of the oldest athletes competing at the age of 39. Johnson is a seven-time U.S. outdoor champion.

Other world leaders include Des Moines native Lolo Jones in the women’s 100 hurdles at 12.55; 2010 Drake Relays outstanding women’s performer Chaunte’ Lowe at 6-8.25 in the women’s high jump; and three-time Olympic medalist Allyson Felix, in the women’s 400 at 50.15.

2008 Olympian David Oliver owns the fastest time in the world in the men’s 110 hurdles of 12.99, set in Shanghai, China, May 23, while Cory Martin is the world leader in the men’s shot put at 72-6.25. Two-time Olympian Brian Clays has posted the best performance in the grueling decathlon with 8,483 points at Gotzis, Austria, May 30.

Jenny Suhr, who won the silver medal at the 2008 Olympics, will make her outdoor debut this weekend in the women’s pole vault as the American record holder at 16-1.75.

The 20k race walks, which will be held on University Avenue on Sunday morning, will feature American record holders Tim Seaman in the men’s division and Teresa Vaill in the women’s division.