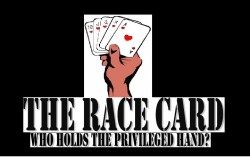 Drake University students, faculty and friends will gather for a conference on white privilege, “The Race Card: Who Holds the Privileged Hand?” on Saturday, Nov. 7.

Participants are asked to register online.

Anti-racist activist and author Peggy McIntosh will give the keynote address.

McIntosh, author of “White Privilege: Unpacking the Invisible Knapsack,” explains white privilege as the accumulative effects of white supremacy which have institutionalized whiteness as a standard of excellence, providing greater chances of success because of pale skin color.

The conference also will feature two roundtable discussions by Drake faculty and students.

Drake President David Maxwell will serve alongside Drake professor Bill Lewis in one discussion and a group of both white and African American students will talk about daily encounters of race on campus in a second discussion.

In addition, the conference will feature two workshops by Drake faculty. Lewis, professor of rhetoric and communication studies, will introduce concepts of race and the senses. Nicole Taylor, assistant professor of psychology, will focus on psychological understandings of race and how to talk about it comfortably.

A full schedule for the day’s events is available online.

Drake senior Brittanie Pearson, of Westminster, Colo., organized the conference in response to an incident on Drake campus on Feb. 9, 2009, in which three African American juveniles were arrested for stealing a van. Drake campus members were not involved in the incident, except as onlookers.

Following the spectacle of the incident, Pearson conceptualized the conference as a way to increase awareness of race issues and racial privilege among Drake campus and community members.

“I want people to be able to have conversations about race and not feel like it can’t be touched,” Pearson said.

The conference is funded in part by Drake’s:

For more information on “The Race Card: Who Holds the Privileged Hand?” contact Brittanie Pearson at brittanie.pearson@drake.edu.