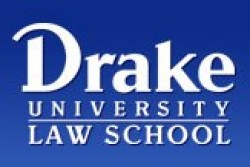 The competition was held Feb. 2-9 at the headquarters of the
New York City Bar Association in New York City. Teams from 127 law schools
competed in 14 regional competitions held throughout the United States. The 28
finalists, including Drake, advanced to the national finals after placing first
or second in their respective regions.

“I am very proud of the students,” said Laurie
Dore, professor of law and coach. “The students excelled in oral advocacy
and also demonstrated outstanding analytical and writing skills. To finish in
the top eight schools nationally is a tremendous achievement.”

The National Moot Court Competition, one of the oldest and
most prestigious of its kind in the country, is jointly sponsored by the
American College of Trial Lawyers and the Association of the Bar of the City of
New York.