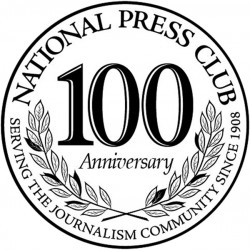 Drake University will team with the National Press Club, the world’s leading professional organization for journalists, to co-host a panel on the future of journalism featuring key industry leaders on Wednesday, Oct. 29.

The event, which is part of the NPC’s Centennial Forum project on “The First Amendment, Freedom of the Press and the Future of Journalism,” will be held at 7 p.m. at Drake’s Sheslow Auditorium in Old Main, 2507 University Ave. It is free and open to the public.

“The Drake journalism school is honored to be a part of this national conversation on the future of the profession,” said Kathleen Richardson, director of Drake’s School of Journalism and Mass Communication. “This is a topic of keen importance to the future of our communities and our democracy. The panelists are distinguished Iowa journalists who bring a wide variety of experiences and perspectives.”

On the panel at Drake will be:

•    Laura Hollingsworth, president and publisher of the Des Moines Register and group president of the West Group for Gannett’s U.S. Community Publishing

•    Steve Buttry, editor of the Cedar Rapids, Iowa, Gazette, who is also director of Tailored Programs for the American Press Institute, where he’s had extensive experience with digital journalism

The panel will be moderated by Gil Klein, a veteran national correspondent, past National Press Club president and director of the club’s Centennial Forums program.

The event will feature a preview of the club’s centennial documentary, “The National Press Club: A Century of Headlines,” which follows the history of American journalism through the lens of one of its leading institutions. Everyone who attends the forum will receive a copy of the documentary. 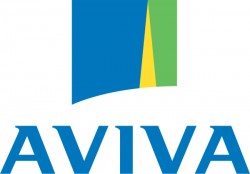 “The National Press Club is pleased to be allied with Drake University
to hold a forum on this important topic in these tumultuous times for
journalism,” said Sylvia Smith, club president. “We would like to thank
Aviva USA, which is headquartered in Des Moines, for making this
nationwide series of forums possible.”

The Centennial Forums program is sponsored by Aviva USA,
one of the nation’s fastest-growing life insurers. Drake alumnus and
Aviva USA Senior Executive Brian Clark will represent the company at
the forum at Drake on Oct. 29.

“Our partnership with the National Press Club is in perfect harmony
with Aviva’s longstanding goal to help people build better tomorrows,”
said Tom Godlasky, CEO of Aviva USA. “The National Press Club has a
similar goal through support of the First Amendment, ensuring an
informed public and safeguarding the integrity of professional
journalism. The centennial forum program provides an excellent
opportunity for discussion and reinforcement of that pivotal role in a
democratic society.”

The national
schedule of the 2008-09 AVIVA – NPC Centennial Forums and video
highlights of events in other states can be found on the club’s Web
site.

Professor Nelson to give lecture on Morehouse Comet