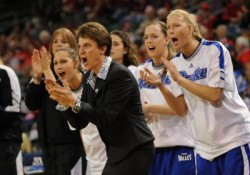 DES MOINES, IOWA – For the ninth
time in school history, the Drake women’s basketball team has been tabbed to
participate in the 48-team National Women’s Invitational Tournament. The Bulldogs will host Green Bay at 4:07 p.m. on Saturday, March 22.

The NIT will determine the
starting time for the second meeting of the campaign between Drake and the
Phoenix on Tuesday, March 18. Green Bay won the season opener against the
Bulldogs, 78-66, in the Drake Knapp Center on Nov. 9, 2007.

A victory by Drake sets up a
second-round meeting with Illinois on Monday, March 24.

“We’re really excited to have
this opportunity to play at home in the Women’s NIT,” Drake head coach Amy
Stephens said. 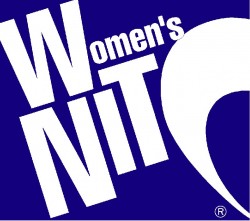 This will mark the third time during Stephen’s five-year tenure as head coach in which the Bulldogs have advanced to post-season play. Under Stephens, Drake also played in the 2004 and 2006 WNIT.

Earning a share of the Missouri Valley Conference regular season title for the sixth time in school history, Drake advanced to the finals of the league tournament before falling to Illinois State, 70-62, on Sunday, March 16 in St. Charles, Mo.

The Bulldogs are joined in the field by league foes Evansville and Creighton. The Purple Aces host Southeast Missouri State, while the Bluejays travel to face South Dakota State.  Both games will be played on Thursday, March 20.