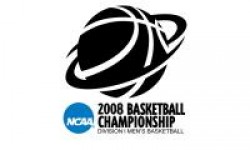 INDIANAPOLIS, IND. — The Drake men’s basketball team will play Western Kentucky at 11:35 a.m. CDT today (Friday, March 21) in the first round of the NCAA Tournament in Tampa, Fla. Western Kentucky, which is seeded No. 12, owns a 27-6 record.

“Even when you know you are an automatic bid, you still get nervous
and excited to see your name up there. So it’s a kind of a sense of
relief when you do,” said first-year Drake coach Keno Davis. “Western Kentucky has been a great tradition and this match up will be a tremendous challenge for us.”

This
will mark Drake’s fourth appearance in the NCAA Tournament but first
since 1971 when the Bulldogs finished as runner up in the Midwest
Regional.

Visit the online photo gallery to see the Bulldogs prepare for today’s game.

The Bulldogs, riding a four-game winning streak, will bring a school-record 28-4 mark into the game.

“It was a little nerve racking, you know, waiting for our name to appear on the bracket,” said Drake senior guard Adam Emmenecker.
“You don’t get nervous for games, but there were butterflies today. . .
. It was exciting to have all these people come out and support us.”

Western Kentucky dropped an 88-78 decision at Southern
Illinois Dec. 22, while Drake split the season series with the Salukis
winning, 61-51 in Des Moines and falling, 65-62, in Carbondale.