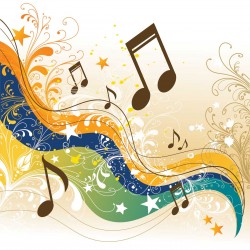 The Drake University Choir and Chamber Choir will perform a
pre-tour concert Tuesday, March 11. The performance, which is free and open to
the public, will start at 8 p.m. on Jordan Stage in Sheslow Auditorium in Old
Main, 2507 University Ave.

The choirs will perform at Drake before touring the Midwest.
The program includes works by American, Austrian, Australian, Hungarian,
Italian, Spanish and German composers, as well as folk music and spirituals.

The Drake Choir is the University’s select touring ensemble.
The choir tours throughout the Midwest annually and internationally every four
years. In May, the choir will perform in Austria and Italy.

The Chamber Choir is a select ensemble of 20 singers drawn
from the Drake Choir.  The Chamber
Choir performs on each Drake choral concert and is the featured ensemble for
the annual Madrigal Dinners presented during the Christmas season.

Aimee Beckmann-Collier, conductor of the Drake Choir and
Chamber Choir, is director of choral studies at Drake, where she has taught
since 1989.  She is a frequent
clinician, adjudicator and guest conductor for high school and college choral
festivals and contests throughout the country. She also is president-elect of
the North Central Division of the American Choral Directors Association and has
served as president of the Iowa Choral Directors Association.

For more information about the pre-tour concert, call the Drake music
department at 515-271-3975.