Screening of ‘The Truth about Suicide’ set for Thursday 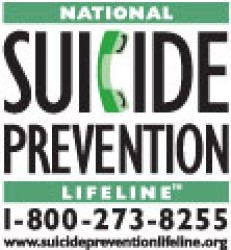 Drake University will hold a free public screening of “The Truth about Suicide: Real Stories of Depression in College” at 4 p.m. Thursday, Nov. 15, on the Pomerantz Stage in Olmsted Center, 2875 University Ave.

The American Foundation for Suicide Prevention developed the 27-minute film as an outgrowth of its commitment to support colleges and universities in implementing suicide prevention as an integral part of their ongoing campus activities and services. The aim of the film is to present a recognizable picture of depression and other problems associated with suicide, as college students and other young adults commonly experience them.

Drake psychology instructor Nicole Taylor, who specializes in counseling psychology, will introduce the film and conduct a question-and-answer session after the screening. She also will distribute information about the National Suicide Prevention Lifeline, a 24-hour, toll-free suicide prevention service that offers crisis counseling, suicide intervention and mental health referrals. The lifeline number is 1-800-273-TALK (8255).

The screening is part of a public education campaign in Polk County as part of a national effort to reduce suicide. The campaign, organized by the Polk County Suicide Prevention Coalition, is designed to help people recognize the warning signs of suicide and to make them aware of the crisis counseling and suicide intervention available through the National Suicide Prevention Lifeline.

“By working together locally and nationally with the National Suicide Prevention Lifeline, we are spreading the message that suicide is preventable and help is available for people in crisis,” Taylor said.

In Iowa, an average of 327 people have died of suicide each year since 2001, according to the Iowa Department of Public Health. Suicide is the second leading cause of death for Iowans 15 to 40 years of age. More than 20 percent of all Iowa youth deaths (ages 15-24) were due to suicide.

Results from the 2005 Iowa Youth Survey reveal that 19 percent of 11th-grade females admitted to attempting to kill themselves. Overall, 10 percent of students surveyed in grades 6, 8 and 11 reported they have attempted suicide.