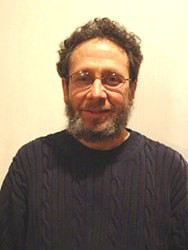 American democracy is declining, and the front-loading of presidential primaries is accelerating that downward spiral, says Arthur Sanders, professor and chair of the Department of Politics and International Relations at Drake University.

In his latest book, “Losing Control: Presidential Elections and the Decline of Democracy,” (New York: Peter Lang Publishing Inc.) Sanders says ordinary Americans’ political voices are threatened by the compression of the presidential campaign, and he offers a blueprint for reform.

“The involvement and influence of ordinary Americans continues to shrink as the presidential selection system becomes more heavily dominated by special interests, media consultants and money,” says Sanders, who holds a Ph.D. from Harvard University and is the author of four books on American politics. “The public feels — with good reason — that it has been losing control.”

The front-loading of the presidential nomination process opens with the Iowa caucuses on Jan. 14. Nevada Democrats will hold their caucus on Jan. 19 and New Hampshire is scheduled to hold the nation’s first primary Jan. 22. Florida recently joined South Carolina Democrats with plans for a primary Jan. 29. Fifteen states, including California and New York, have advanced their primary voting to Feb. 5 and at least five states, including Illinois and Texas, are considering a similar shift.

“This compression may help the political parties avoid protracted battles in the selection of their nominees,” Sanders says, “but it works against ordinary citizens, making them feel as if their participation does not matter. The nominee is decided before they even begin paying much attention. The key to improving the process is to slow it down. But that won’t be easy. States have incentives to hold primaries sooner, rather than later, as that maximizes the chances that one’s own state will make a difference and get the kind of attention that comes to Iowa and New Hampshire every four years.”

Ironically, front-loading the calendar is likely to increase the importance of the first state on the calendar: Iowa, Sanders says. That’s because there is less time to rebuild — for candidates who do less well than expected — or falter — for candidates who do much better than expected — before the next test. “And this,” he adds, “increases the likelihood that, from a national perspective, more citizens will feel that they have no influence over who their party nominates for president.”

American democracy over the past 40 years has seen a decline in the numbers of active, engaged citizens — the hallmark of a healthy democracy. In his book, Sanders examines the changes in technology, society and law that have encouraged these trends. He analyzes the nomination process, the role of money, the impact of the Electoral College, the influence of political parties and special-interest groups, and the changing dynamics of public attitudes concerning the election process.

“What we see over the last 40 years is a movement away from state and local control over presidential campaigns to one where centralized, candidate-centered campaigns oversee a national effort. State and local organizations are now simply one of many potential tools to be employed,” Sanders says. “And this means that more and more decisions about the campaign and the level of effort of the campaign are made with strictly national goals — and the Electoral College map — in mind.”

Campaigns target states based on how many electoral votes they offer and how competitive they are likely to be. Citizens in these states are saturated with campaign ads and candidate appearances, while in most other states, the campaign hardly exists.

“Some citizens see almost nothing of the campaign, except for some national cable television buys,” Sanders says. “They could, of course, watch the network newscasts, the Sunday morning talk shows, parts of the conventions and the debates, but there is little effort to reach out and bring them into the campaign. And they know that their vote would not, in a sense, count at all.

“On the other hand,” he adds, “the citizens in the competitive states, in 2004 especially Florida, Ohio and Pennsylvania — the three states that, by the end of the campaign, were seen as the key to the election — were overwhelmed. And they, too, were dissatisfied with the campaign. In particular, the enormous advertising effort and the budgets that go with it lead to feelings of cynicism about the system.”

Although reforming the Electoral College would improve the presidential selection process, Sanders concludes that such change is unlikely. He sees a better opportunity to reclaim the electoral process and democracy through new technologies, revitalized political parties and citizen involvement at the grass-roots level.

“The Internet provides the best tool ever invented (or at least since the invention of movable type!) for empowering people,” Sanders says. “Better rules and regulations, improved civic education and other reforms also can help. But in the end it is up to us, the people, to decide that our democracy is worth fighting for and work to establish procedures that will enhance our ability to participate. We need to tap into the spirit of community and commitment to public life that we saw when people lined up to donate blood after the attacks of 9/11. We need to build the capacity of our democracy to respond to the desires of the people. For the past 40 years we have been losing control. We need to take it back.”

Sanders, who directs the Honors Program at Drake, holds a bachelor’s degree from Franklin and Marshall College and a Ph.D. from Harvard University. His areas of research focus on the formation and dynamics of public opinion and the role of the media in politics as well as campaigns and elections, political parties, and interest groups.

He is the author of three other books on American politics — “Making Sense of Politics” (1990), “Victory” (1992) and “Prime Time Politics” (2001). He also has published numerous book chapters and articles in professional journals. He is a frequent commentator on Iowa and national politics through both local and national media outlets. Sanders joined Drake in 1990 and is a past winner of the College of Arts and Sciences Teacher of the Year Award. In 2006, the College of Arts and Sciences honored him as the “Centennial Scholar,” an award recognizing excellence in scholarship.

This fall, Sanders will teach a class on the presidential nomination process, with special attention to the role of the Iowa caucuses and the structure, timing and sequence of the that process, and how that impacts the way we choose presidential candidates. Drake students will collaborate with students in political science classes in New Hampshire and Nevada. They will focus on the role of money, media, voters and candidate strategy.