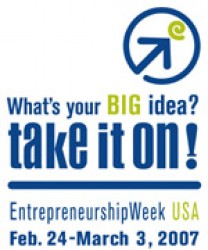 The contest will be split into three rounds, with the top performers in each round advancing. For the first round, students will present a three-minute outline of a health care idea or solution to a panel of judges. Judges will select the best contestants based on originality, creativity and showmanship.

Round two takes place Wednesday, Feb. 28. Students will be expected to craft a three-minute presentation based on an impromptu health care-related scenario. Participants will have one hour to prepare, placing an emphasis on the students’ ability to work well under pressure.

In round three, which will take place Friday, March 2, students will submit a business plan formed from their original ideas in round one, responses in round two or new ideas generated as a result of the first two rounds. Students will showcase the plan in a 10- to 15-minute presentation. Judges will then select the winner of Drake’s Next Top Entrepreneur Competition based on the most innovative and highest quality plan.

“I think the event has a lot of potential,” said Jessie Shepherd, a senior majoring in marketing and psychology from Prairie Village, Kan., who helped organize the competition. “The prize amounts for winning are quite substantial and are hopefully motivating students to enter. We hope a lot of people will enter the competition, because it encourages people to develop ideas that could turn into useful products in the future.”

Coinciding with the final day of the competition, the College of Business and Public Adminstration’s John Pappajohn Entrepreneurial Center will host the Collegiate Entrepreneur’s Iowa Conference from 9 a.m. to 2:30 p.m. Friday, March 2, in Olmsted Center.

The event marks the sixth year for the annual conference but the first time Drake will have hosted. Students in Free Enterprise (SIFE), a student organization that made its debut last year, will help run the daylong event, which is expected to draw around 500 college and high school students from around the state and region.

“SIFE is still really in its infancy, but we’re starting to make some good connections and the momentum is building,” said Deb Bishop, director of Drake’s John Pappajohn Entrepreneurial Center.

John Pappajohn will present awards to the winners of the statewide Student Business Plan Competition during the luncheon at 11:45 a.m. in Parents Hall.

Pappajohn and his wife, Mary, are leading Iowa philanthropists. They have funded the establishment of the five John Pappajohn Entrepreneurship Centers in Iowa.

In 1969, Pappajohn organized Equity Dynamics Inc., a financial consulting entity, as well as Pappajohn Capital Resources, a venture capital firm in Des Moines. He is recognized as one of the early venture capitalists and has been involved in more than 100 start-ups and as director in more than 40 public companies.

In 1998, he purchased majority ownership of the Des Moines Menace, a Premier Development League soccer team.

Concluding the conference will be a keynote address at 1:45 p.m. by actress Tanna Frederick, a Mason City, Iowa, native who has starred in two plays on the Los Angeles stage over the past two years.

She plays the leading role in the upcoming feature film, “Hollywood Dreams.” Frederick began her acting career early in life in Mason City’s Stebens Children’s Theatre and graduated from the University of Iowa.

Following the conference, Frederick will attend a sneak-preview screening of “Hollywood Dreams” at 4 p.m. at the Varsity Theatre, 1207 25th St. Tickets will cost $3 for conference attendees and Drake students and $5 for the general public.