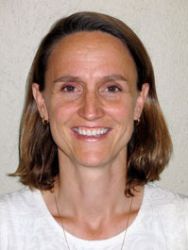 The Drake Bulldogs invite fans to a tailgating party before their first home football game of the season, where they play the UNI Panthers. There will be food, inflatable attractions and plenty of Bulldog spirit from 5 to 7 p.m. Thursday, Aug. 31, at the north end of Drake Stadium (enter either at the corner of Clark and 27th Street or Clark and 28th Street).

Then it’s a 7:08 p.m. kickoff for the first football game to be played in the newly renovated Drake Stadium, under permanent lighting for the first time since 1962. The stadium also sports new seats, a new digital scoreboard, new Field Turf playing surface, new concession stands and restrooms.

For $20 fans can get tickets to the tailgate and game. Game tickets alone are $13. Youth (18 and under) pay only $12 for tailgate and game admission. Tickets are available at the Drake Knapp Center ticket office, 515-271-DOGS.

“It should be a great atmosphere,” said new Drake Athletic Director Sandy Hatfield Clubb. “This is an all Iowa matchup to open the football season. We encourages fans to be the twelfth player on the field by wearing Drake blue and cheering loudly for the Bulldogs.”

Other football firsts at Drake: