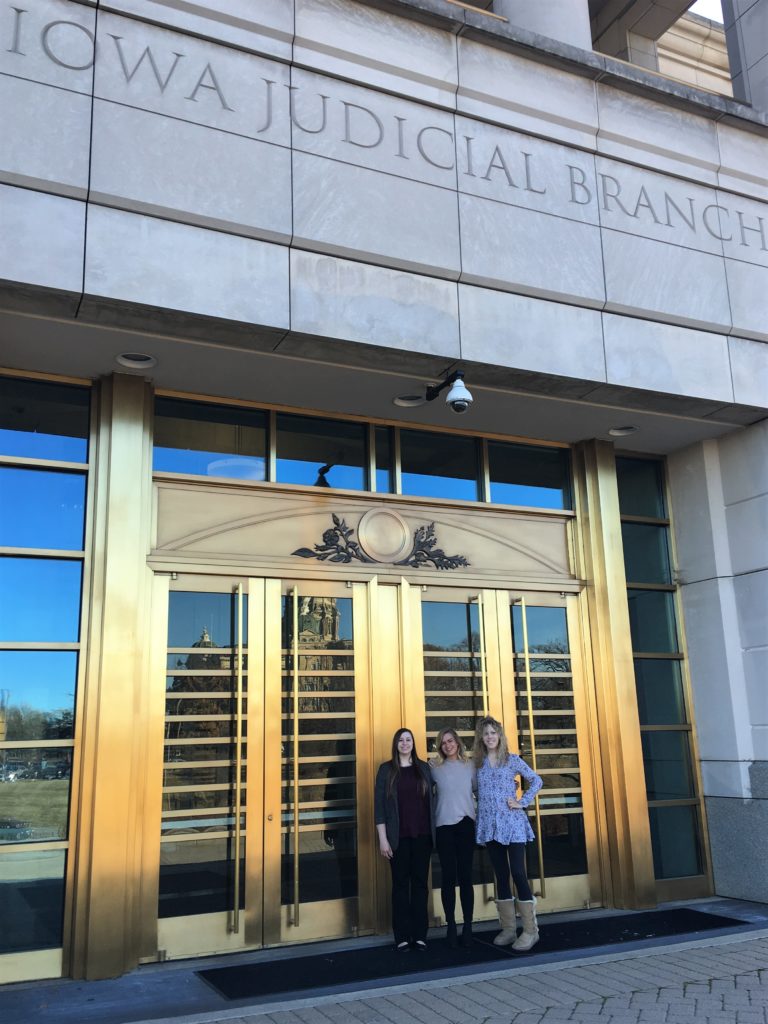 Traditionally, each of the nine judges on the Iowa Court of Appeals employs a law clerk. Clerkship duties typically include legal research, writing, and editorial tasks.

“As clerks for the Court of Appeals, we’re exposed to a wide variety of legal topics and issues,” says Nash. “We get to learn new things every single day.”

Nash, originally from Iowa City, is currently clerking for Judge Mary Tabor. Throughout law school, she gained experience through clerking at a law firm, several externships—including one with Judge Tabor, and working as a research editor for Drake Law Review.

Nash also credits her Drake Law education for her current success. “The emphasis Drake Law places on legal research and writing was huge in preparing me for clerking,” says Nash. “And the critical-thinking and problem-solving skills taught all throughout law school have universal application.”

Holmes, hailing from Waukee, is a judicial clerk for Judge Gayle Nelson Vogel. In her position, she reviews case records, identifies legal issues, conducts research on relevant law, prepares for oral arguments, and works closely with Judge Vogel to draft and edit opinions.

While studying at Drake Law School, Holmes served as a research editor for Drake Law Review. She believes this role best prepared her to clerk for the Court of Appeals.

“I reviewed articles and applicable research to ensure the author’s statements were accurate and the conclusions were well supported,” says Holmes. “I didn’t have long to perform my edits, so I quickly learned how to efficiently research unfamiliar topics.”

Nordstrom, a native of Burlington, clerks for Judge Anuradha Vaitheswaran. Her duties include legal research and bench-memo writing. The high volume of cases at the Court of Appeals keeps her busy reviewing appellate briefs and editing the judge’s opinions for circulation.

While working under Judge Vaitheswaran, Nordstrom found her past involvement in Drake Law’s moot court activities continued to open doors to additional opportunities.

“Clerks take turns serving as bailiffs during oral argument sessions,” says Nordstrom. “The judge knows that I was active with Drake Law’s Moot Court Board as a student, so she asked me to be the bailiff for the C. Edwin Moore Moot Court Competition this past October.”

A clerkship with the Iowa Court of Appeals usually lasts for a year, and can be extended for a second year at the judge’s discretion. The three alumnae agree these clerkships encourage law school graduates to grow their legal knowledge after their formal education. 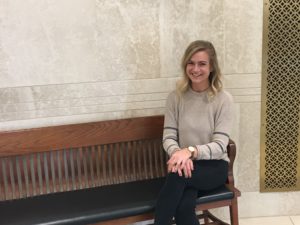 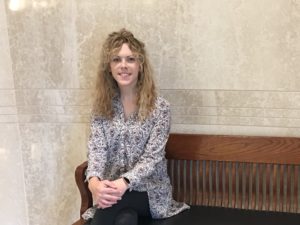 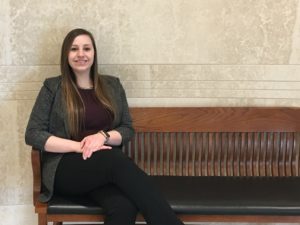