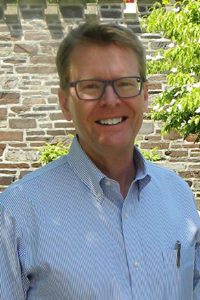 Paulsen’s lecture is titled “The Constitutional Power of Impeachment: Congress’s Ultimate ‘Trump.’” The event is free and open to the public.

The program has been approved for one hour of state CLE credit (Activity Number: 308698).

Paulsen is a Distinguished University Chair and professor of law at the University of St. Thomas, where he has taught since 2007.

Previously, he was the McKnight Presidential Professor of Law & Public Policy and associate dean at the University of Minnesota Law School. He has also served as a federal prosecutor, as attorney-advisor in the Office of Legal Counsel of the U.S. Department of Justice, and as counsel for the Center for Law & Religious Freedom.

Paulsen has published more than 90 scholarly articles and book chapters on a wide variety of constitutional law topics. He also co-authored The Constitution: An Introduction (Basic Books, 2015) and the casebook The Constitution of the United States (Foundation Press, 3d ed., 2017).