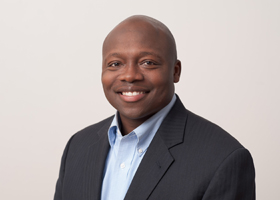 The lecture, titled “Legal and Public Policy Implications of Artificial Intelligence,” is scheduled for Thursday, Feb. 9 at 3 p.m. in Cartwright Hall, Room 203.

Prior to joining Google, White worked as a patent litigator at Kilpatrick Townsend & Stockton LLP in Atlanta and as a law clerk to The Honorable Alexander Williams Jr. on the U.S. District Court for the District of Maryland. He is also an adjunct professor at the University of Maryland, where he teaches undergraduate and graduate courses on the legal aspects of entrepreneurship.

“We are excited to welcome White to campus to speak about new ideas in artificial intelligence,” said Shontavia Johnson, Kern Family Chair in Intellectual Property Law and director of the Drake Intellectual Property Law Center. “He is one of the top experts in the United States in this field, so this is a great opportunity for our faculty, staff, students, and the Des Moines legal community.”

This event has been approved for 1 hour of CLE credit (Activity Number: 253014).

Launched in fall 2016, the Big IDEA Speaker Series brings renowned intellectual property law experts to Drake University’s campus to share their ideas about innovation and entrepreneurship. All lectures are free and open to the public.