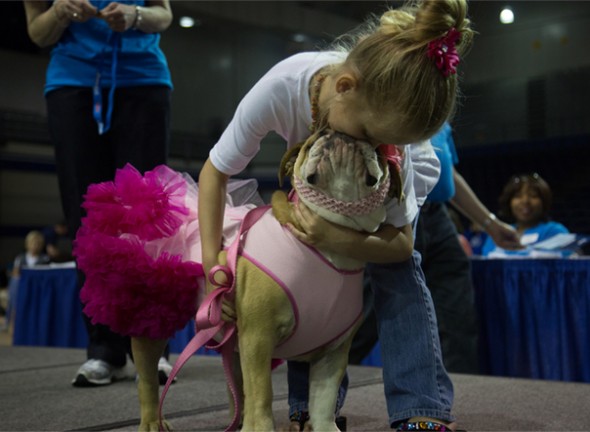 Dressed all in pink with a fluffy tutu around her hind legs and flower on top of her head, Lucey—an 18-month-old English bulldog—strutted past the judges on the runway, pausing just a moment to wave her delicate paw at the audience. She instantly stole the show.